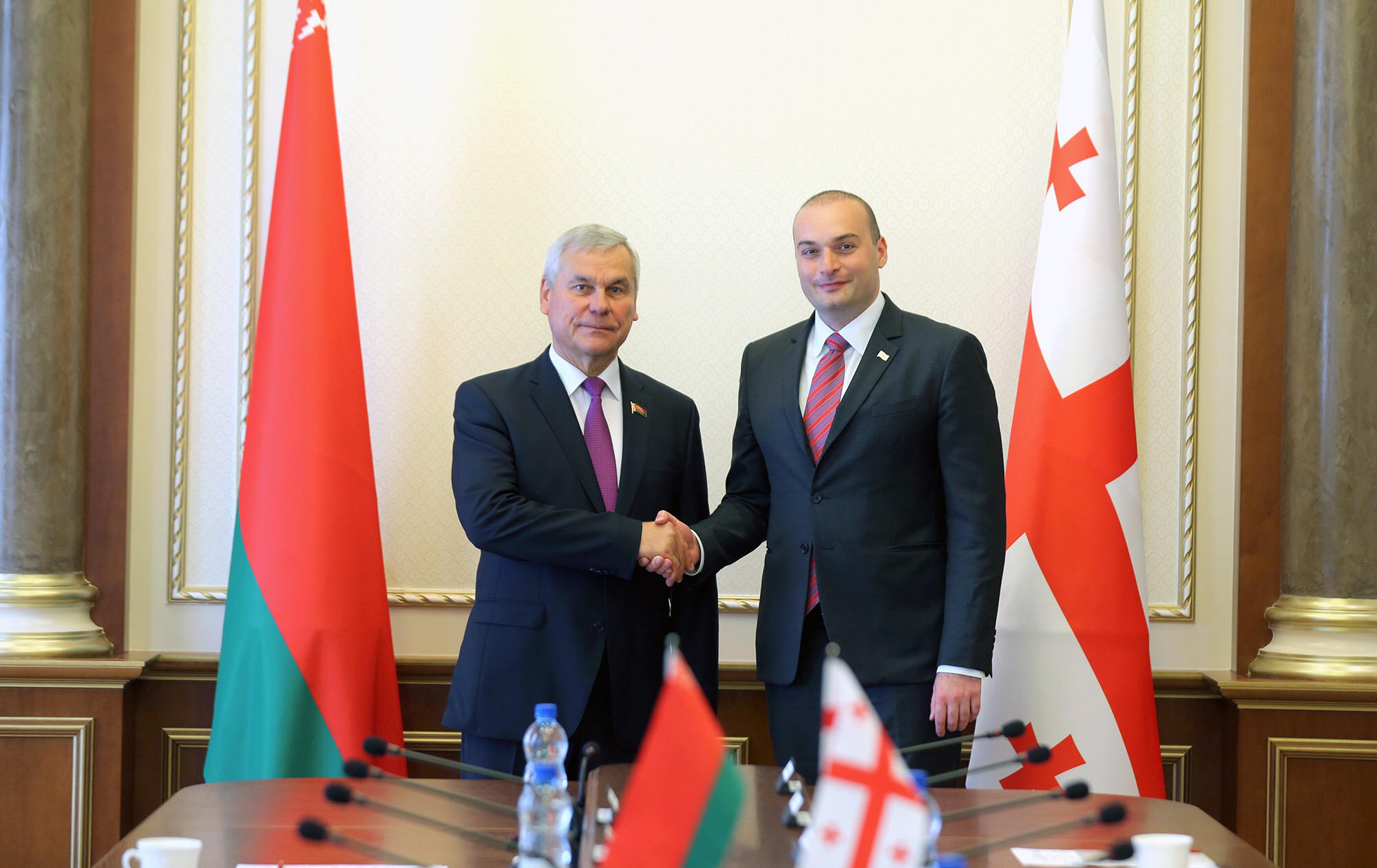 Mamuka Bakhtadze, Prime Minister of Georgia, met Vladimir Andreichenko, Chairman of the House of Representatives of the Republic of Belarus today.

As InterPressNews was informed by the PM's press office, the meeting was focused on the parliamentary cooperation and further development of the bilateral relations between the legislative bodies of the two countries.

As the Chairman of the House of Representatives of the Republic of Belarus noted, it is also important that MPs of both countries continue work within the format of Inter-Governmental Commission on Trade and Economic Cooperation.

The sides emphasized the rising trend of trade volumes and noted that there is the potential of further increase of the trade turnover to 200 million.

The growing trend in tourism was also underlined at the meeting. It was noted that number of visitors from Belarus to Georgia has increased fifteen-fold since 2010.