Giorgi Gakharia: I would like to emphasize that the process of EU integration will bring more and more results 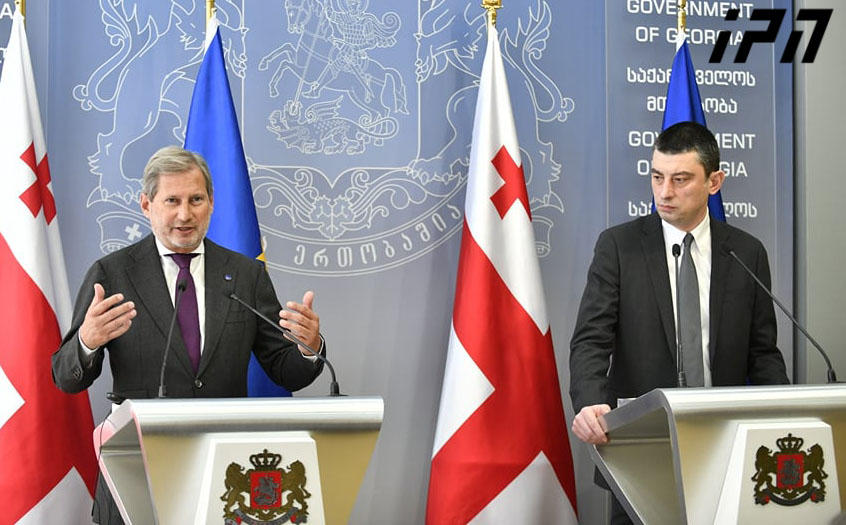 I would like to emphasize that the process of EU integration will bring more and more results, - Prime Minister Giorgi Gakharia said after meeting with European Commissioner Johannes Hahn.

He said that several issues, including occupation, were discussed and the need for efforts to extend the mandate of the EU Delegation to the occupied territories was emphasized at the meeting with the European Commissioner.

"Today we talked about the specific steps taken within the framework of the Deep and Comprehensive Association Agreement, and the steps we have to take. Of course, we spoke about the visa-free travel, and the steps that should be taken both in institutional and legislative directions in order to make our economics more compatible.

Of course, we talked about occupation. We thanked the EU for their representation and function they carry out on the occupation line, but we also stressed that both parties should do their best to extend the mandate throughout the territory, which would help protect the fundamental human rights of our citizens and their security.

Another topic of discussion was further democratization process in the country and we agreed that the basic functions and values ​​ of democracy will be preserved and deepened in our country,” Giorgi Gakharia said.