PM meets with his Armenian counterpart 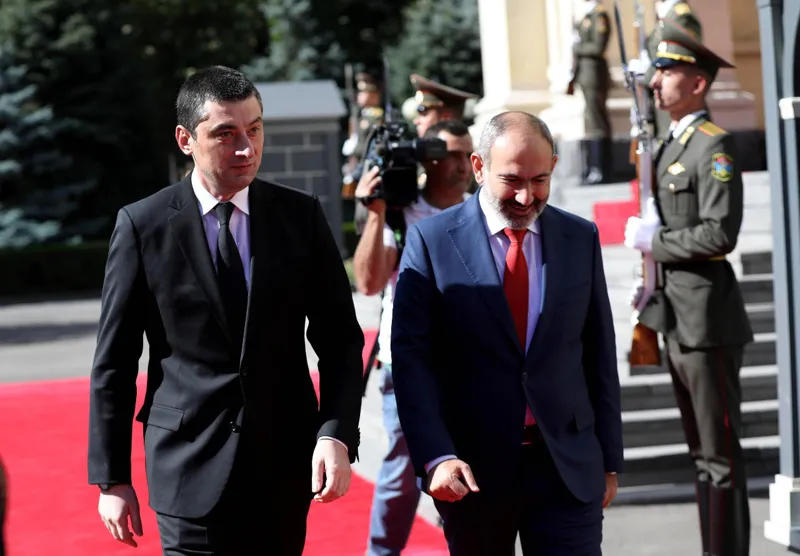 Prime Minister of Georgia Giorgi Gakharia started his visit to the Republic of Armenia. PM Gakharia has met with his Armenian counterpart Nikol Pashinian.

As the Georgian Prime Minister's press office has announced, an official ceremony was held in honor of Giorgi Gakharia at the Government House of the Republic of Armenia and the Head of the Government of Georgia was hosted at a face-to-face meeting by his Armenian counterpart.

The sides focused on bilateral good neighborly relations and further deepening of cooperation in various fields.

“We have a great responsibility - it is our history and our ancestors who have laid the foundation for friendship between our two peoples. I am convinced that we will honor this commitment. I would like to assure you that the Government of Georgia is ready to work harder to make Georgian-Armenian relations even more effective for the benefit of our citizens. Although we have very good relations today, we agree that we can develop it further to bring more benefits to our people, including in the economy, construction, infrastructure, culture, sports and in all directions, "the Georgian PM said.

The Prime Minister of the Republic of Armenia thanked the Georgian colleague for the official visit. Nikol Pashinian underlined that taking friendly relations with Georgia to a higher level is one of his key achievements.

"I am pleased to note that relations between the two countries are further improving in all areas. During my year-and-a-half of working as a Prime Minister, I would like to say that taking Armenian-Georgian friendly relations to a higher level is one of his key achievements, which, I think, will be further enhanced by our joint work, "said Nikol Pashinian.

After the face-to-face meeting, talks continued in an expanded format with involvement of the members of the two countries' governments.