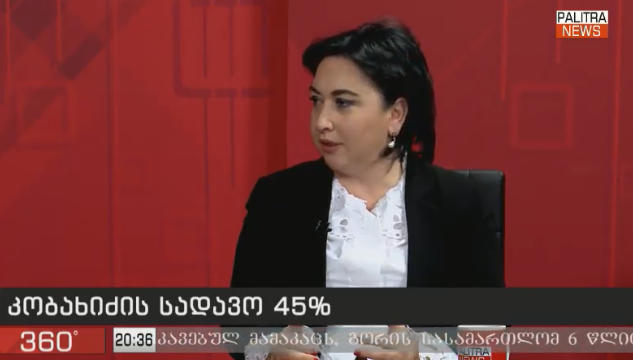 Irakli Kobakhidze, who had tense relationship with Giorgi Kvirikashvili, was one of the bad actors and had been telling lies to Bidzina Ivanishvili, when the latter was no longer actively involved in the political processes - I mean before his comeback, - Eka Beselia, the leader of the For Justice party, said on PalitraNews TV.

According to Beselia, Irakli Kobakhidze is "the master of lies". She also said that she herself learned about the lies later.

"It is due to Kobakhidze that the situation around former Prime Minister Kvirikashvili was very unhealthy. Those who are still in the Georgian Dream will not say this, but anyone who has left the Georgian Dream can tell you that Kobakhidze is a liar. This guy was telling so many lies about Giorgi Kvirikashvili. We learned about this a bit later. Unfortunately, I did not have this information from the very beginning, because I was not involved in such topics and did not have time for it.

Later, when relations got tense inside the team because of people of completely different mentality, Kvirikashvili, as PM and party chairman, tried very hard to diffuse the situation. He really had influence and authority in the majority to make process quieter,” Eka Beselia said.