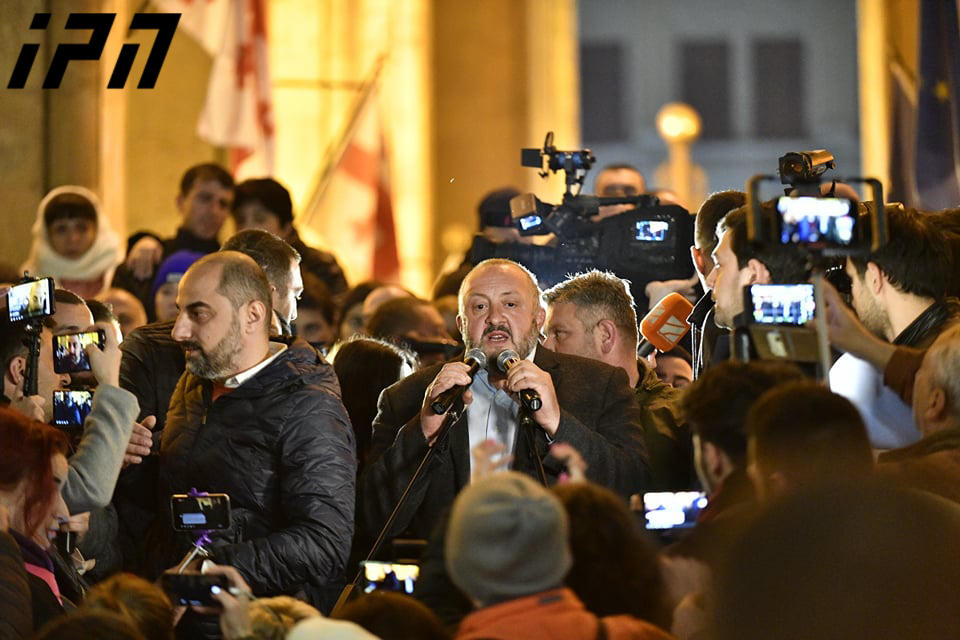 Former President Giorgi Margvelashvili has arrived at the rally outside the Parliament. The former President is accompanied by former Secretary of the Security Council, Davit Rakviashvili.

The rally outside the Parliament has been going on for more than two hours. Demonstrators are protesting against the rejection of the constitutional amendments by the Parliament today.

Organizers of the rally call on citizens to join them.