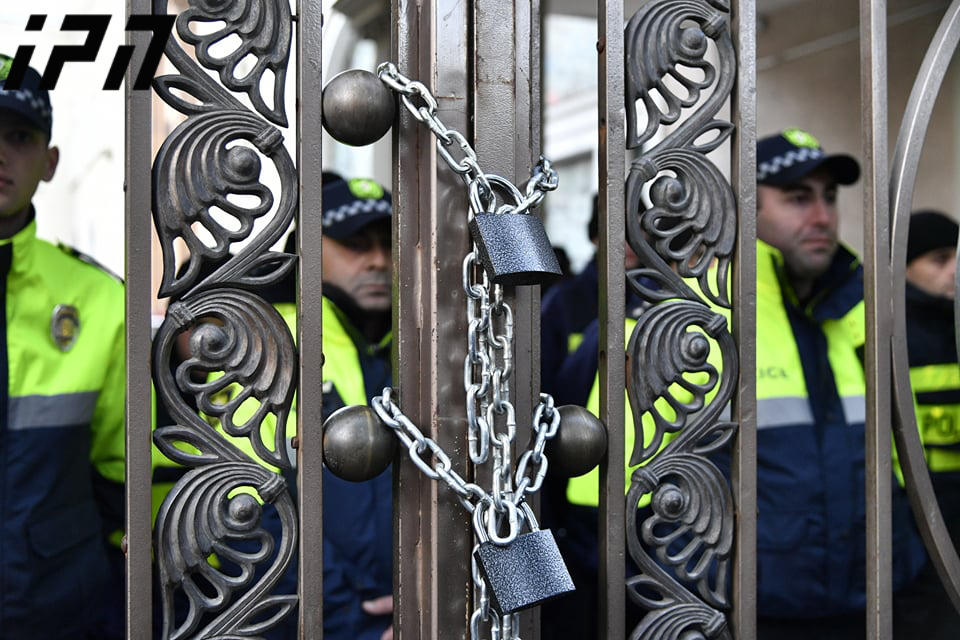 Leaders of European Georgia padlocked one of the gates of the Parliament.

They plan to padlock all gates of the Parliament.

According to Gigi Ugulava, the key of the padlock will be given to the people as a sign that they locked the building, where an insidious action was committed by Ivanishvili.

“The Georgian Dream lawmakers are wrong when they think that they will quietly come here and appoint Murusidze as a Supreme Court judge. It won't happen,” Ugulava said.