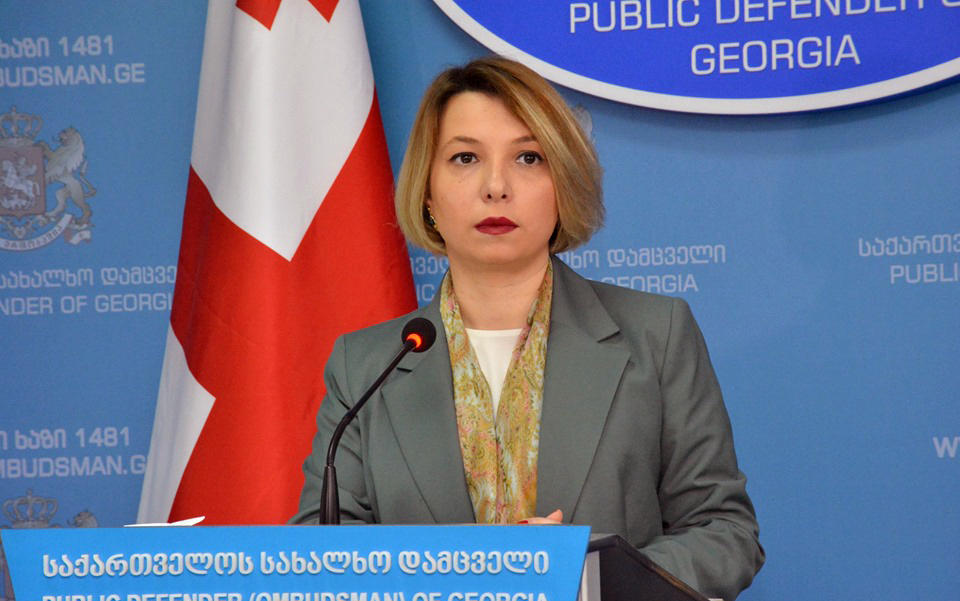 The Public Defender of Georgia has responded to the trials of the persons , who were arrested during the November 18 rally outside the Parliament.

“The trial of 12 persons detained under administrative rules was completed on November 19-20, 2019; 10 persons were sentenced to various terms in prison, one person was fined and one was given a verbal warning. The Public Defender's representatives were observing the trials all day long both on the 19th and 20th of November. Procedural violations were identified in the post-detention period and during the trial, which requires proper and quick response,” the Public Defender of Georgia said in a statement released on Friday.

According to the statement, representatives of the Public Defender visited the detainees in various police stations on November 18, 2019. Some of them indicated that they were not aware of the motive for their detention, had not seen the arrest or offense protocol; those, who had read the protocol, categorically denied the information contained in it.

“The 20 persons detained by the patrol police, who were visited by the representatives of the Public Defender in the yard of the administrative building of the Ministry of Internal Affairs, are particularly worth noting. They had been handcuffed in patrol police cars for several hours. Some of them said that they were not allowed to use the toilet or inform their family members about their whereabouts; they did not know whether the police had informed or not their family members of their whereabouts either.

It should also be noted that lawyers were delayed when they arrived at the Ministry building, which further complicated their meeting with the detainees. The problem was solved after the Public Defender’s intervention,” the statement reads.

The Public Defender says that just one judge was in charge of overseeing the cases of all the 37 detainees, which led to an “unreasonable delay in the court proceedings.” The Ombudsman also notes that the hearing of the cases of 17 people has not even begun and 8 are still pending.

“Special attention should be paid to the fact that the maximum term of detention (12 hours) prescribed by law was violated for those detained during the working hours. Nevertheless, the judge did not release them, but left them deprived of their liberty until the hearing was put off.

The court failed to ensure the distribution of cases between different judges in order to ensure timely conduct of the hearings and to prevent deprivation of liberty for an unreasonable term due to the delays,” the statement reads.

As for the progress of trials, the Public Defender emphasizes the kind of violations, which, according to the case law of the European Court of Human Rights, may result in the violation of the right to a fair trial:

“When examining the only credible and neutral evidence adduced by the police - video recordings, it was not possible to exactly identify alleged offences or offenders, which should have excluded the possibility of application of administrative detention as a penalty.

As a result, it became impossible to dispel the doubts as to whether the police officers who signed the detention protocols were actually at the scene of detention or whether the protesters were actually detained by them. These doubts were further deepened by the fact that the explanations of police officers often contradicted each other. They could not recall the details of the detention, could not identify the persons allegedly detained by them, could not recall the place of detention or other circumstances,” the statement reads.

“The postponement of the hearing for just one or two hours was not enough not only for the defence to obtain evidence, but even for the police officers to get themselves acquainted with the materials submitted to the court.

The judge gave unjustifiably little time to the lawyers for the key component of the right to defence - to ask questions to witnesses and present a final stance. In some cases, the time given to the lawyers was only a few minutes.

Finally, the court imposed penalties disproportionately different from each other. This raised questions about the judge's motivation.

Finally, the 19-20 November court hearings once again reminded the public of the shortcomings in the Soviet-era Administrative Offences Code. The Public Defender has been talking about the need to amend the Code for years. The ongoing processes in the country and the above-mentioned court hearings show that the Code does not meet even the minimum standards and that the new normative act should be adopted by the Parliament as soon as possible. The Public Defender even filed an amicus curiae brief with the Constitutional Court of Georgia in June 2019 regarding the constitutional lawsuit "Citizen of Georgia Zurab Japaridze v. Parliament of Georgia". In the amicus curiae brief, the Public Defender referred to Articles 166 and 173 of the Administrative Offences Code and indicated that the judicial practice in that direction could not meet the constitutional standards. The judicial practice developed under these articles does not allow decision-making on the basis of verifiable evidence, does not impose the burden of proof on the individual/body following the protocol or the duty of making a reasoned decision on the court,” the statement reads.

The Public Defender calls on the Prosecutor's Office to take into account the practice relating to the persons detained on 20-21 June 2019 and the facts that the Administrative Offences Code does not meet the minimum standards of human rights and that significant violations were identified during the trials of persons detained on November 18, and to use the protest mechanism provided for by the Organic Law on the Prosecutor’s Office, appeal to the court and demand the release the detained persons.