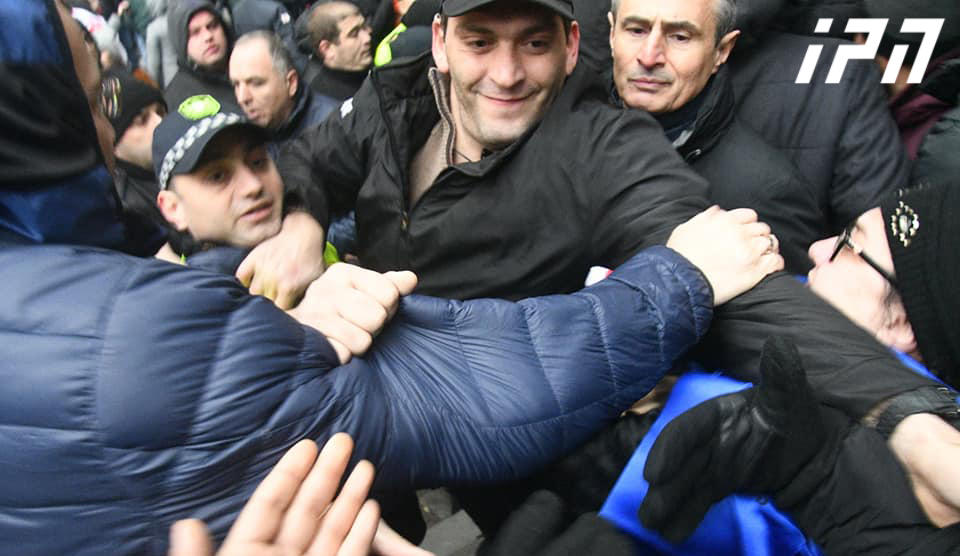 A clash occurred between protesters and police after opposition activists and supporters blocked the entrance of Parliament from Chitadze Street this morning.

Police officers urged the protesters to free the entrance to the Parliament building and move to sidewalk, but Giga Bokeria, one of the leaders of the opposition “European Georgia” party, said they did not plan to move to the sidewalk, but intended to create discomfort for the ruling party lawmakers by blocking the roads.

Eventually, police forced the protesters to move to the footpath.