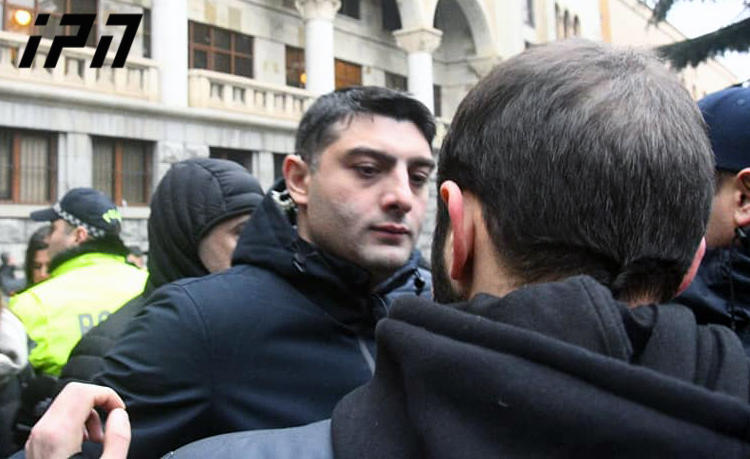 As for the detention of two persons near the legislative body, Siradze explained, they were arrested for resisting and disobeying the police officers’ order.

“They are arrested for resisting and disobeying the police officers’ order. Protesters were able to express their protest while standing on the sidewalk without blocking vehicles and parliament entrances. Then, some organizers called them to block the driveway and the entrances, after which we called on them to leave the road, but some people disobeyed the police and were arrested.

The Ministry of Internal Affairs calls on the protesters to continue the protest in a calm environment, without blocking the entrances. This is a legislative body where lawmakers should enter, so we urge them to allow lawmakers to enter parliament and not create problems for vehicles to move, "Siradze said.