Justice Minister: We have heard the truth, rumors, unprofessionalism and I am so moved that I really need to spend 24 hours in the de-escalation room 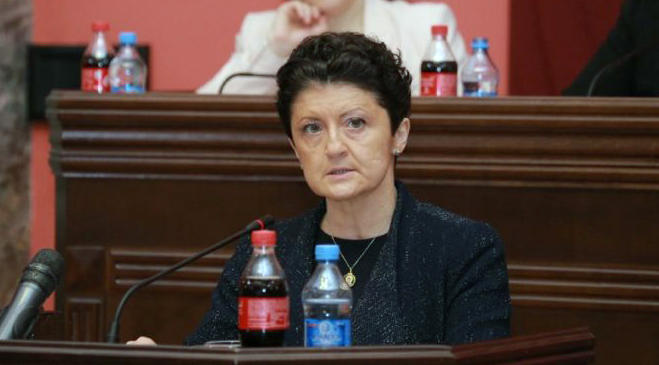 We have heard the truth, rumors, unprofessionalism and I am so moved that I really need to spend 24 hours in the de-escalation room, - Justice Minister Tea Tsulukiani said at the Human Rights Committee session.

“We've heard the truth from this tribune, we've heard rumors, we've heard unprofessionalism, and we've heard a lot of other things that, if I start my speech with a joke, moved me so much that I need to spend 24 hours in the de-escalation room. But if we go back to the issues more seriously, I will start with the general situation, because it is the beginning of the year and the public is probably curious about the numbers. As of January 19, 2020, the total number of persons in custody is 9,762, of whom 7,968 are convicted, and the remaining 1800 are charged and awaiting sentencing. Of these convicts, 308 are women and 33 are juveniles. 16 prisoners died in the Georgian prisons in 2019, compared to 144 in 2010, 140 in 2011, and no more than average of 20 in 2013-18. Accordingly, if we report that inmates are in daily danger, why is this number so low? Probably because the staff are working 24 hours a day,” Tsulikiani said.