Kakhaber Kuchava: Georgia has never been so close to the European Union as today 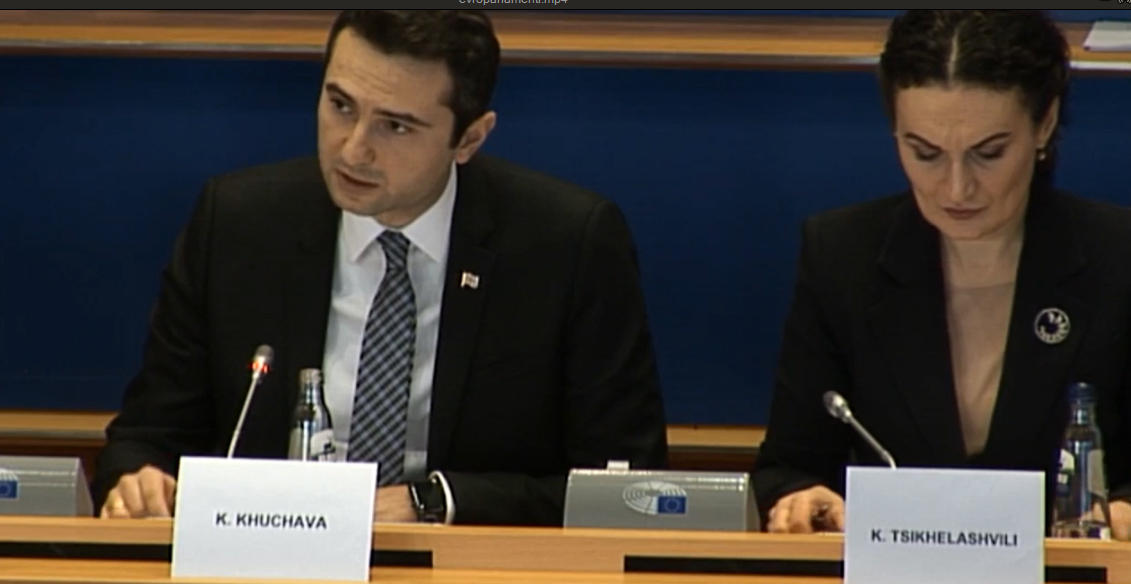 As InterPressNews was informed by the Parliament of Georgia, Kakhaber Kuchava spoke about the main directions of the foreign policy of the country and emphasized that for the first time in the history of Georgia, the Georgian Dream supported the European and Euro-Atlantic integration of Georgia, as well as its foreign course, at the level of the constitution.

The Deputy Speaker of Parliament said that Russia remains a major challenge for Georgia, noting that the Georgian authorities continue a policy of peaceful resolution of the conflict founded on specific steps of de-occupation and reconciliation.

Kakhaber Kuchava emphasized the importance of the international community's support for Georgia's policy of de-occupation and non-recognition of the occupied territories.

The Deputy Speaker of Parliament also talked about the strategic partnership between Georgia and the EU and the progress made in the process of implementation of the Association Agreement.

He said that “Georgia has never been so close to the European Union as today, the country has an ambitious plan and the clear support of the majority of the population to make further progress on the path of European integration”.

Kakhaber Kuchava also reviewed the specific results achieved by Georgia through democratic reforms and briefed MEPs on the recent developments within the country. The main focus was on the constitutional reform and changes to the electoral system.

Another topic reviewed by Kuchava was the November events and the ongoing dialogue between the ruling team and the opposition relating to the 2020 parliamentary elections.

He referred to the successful implementation of the fourth wave of judicial reform that has been welcomed by international partners and organizations.

The last part of the report focused on human rights reforms and achievements in Georgia.

The report by Kakhaber Kuchava emphasized the importance of the statements made by MEPs in support of Georgia and the ongoing developments in the country.