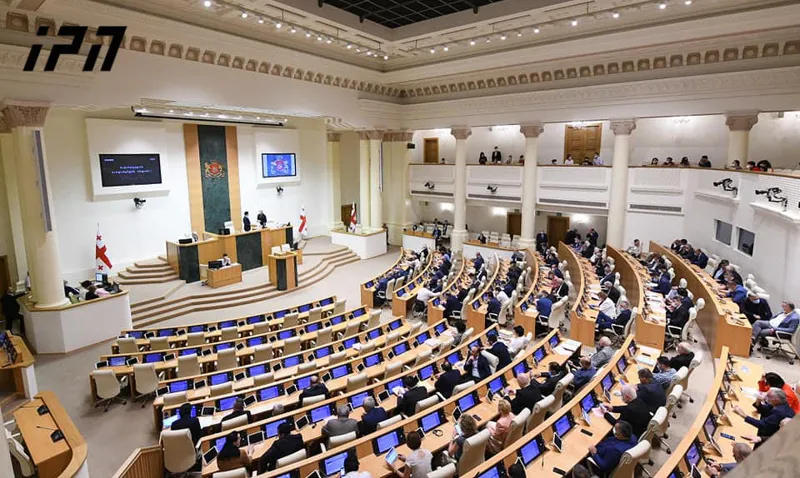 The Parliament has approved the Electoral Code changes in third reading with 94 votes in favour and 1 against. The project sets out a whole row of procedural changes in terms of conducting the elections and as well as election campaigns.

With regards to misusing the administrative resources, the list of the individuals who won't be allowed to engage with agitation will be widened.

In addition, the Electoral Code will be supplemented with regulation, according to which, the Ministries and public bodies will be forbidden to advertise promotional videos about the completed projects 2 months before the elections.

The project also sets out new changes in the media campaigns and new regulations about chronometry given to political parties.

The regulation which used to give the wide discretion to the State Audit to regulate and control the financial activities of the media will be removed from the Code. Accordingly, the project doesn't include the sanction for it either.

The amendment also concerns the procedures regarding the election of the electoral district commission members.

In addition, the political parties willing to participate in the parliamentary elections will be obliged to report the party lists where every 4th candidate will be a woman. The regulation will be under function until 2028. From 2028 to 2032 the parties will have to present the lists with every 3rd candidate being a woman. The changes also regulate the new temporary rules regarding the participation of disabled individuals in the election.

Apart from listed changes, the Electoral Code comes in compliance with the Georgian constitution. Namely, the Code will be subject to inclusion of following changes: 2020 Parliamentary elections will be held as mixed-member proportional representation (120 proportional, 30 majoritarian) with 1% barrier; so-called 40% locking mechanism; the undistributed votes will be shared between the parties and electoral blocks which hold overwhelming remain.