Mikheil Saakashvili: I promise I will be holding your hands during Ivanishvili's defeat and Georgia's victory in October 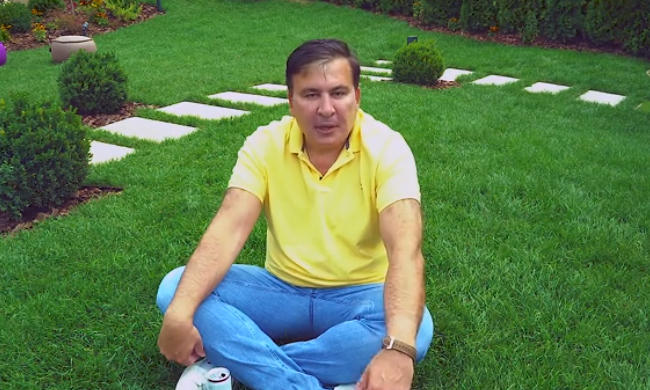 Ivanishvili has restored the criminal environment of the 90s in the country, - reads a statement posted by former President of Georgia Mikheil Saakashvili.

According to him, Georgia does not have a government.

"Ivanishvili has restored the criminal environment of the 90s. His son, Bera, who is a friend of a "thief-in-law" and his son, "Katsro", has formed a criminal gang that kills young people. Ivanishvili's brother and his business partners have also formed a group of criminalized athletes and bandits, who terrorize businesses and intimidate political opponents.

The U.S. Congress has imposed sanctions on us for the first time since our independence. We had always been the major recipient of American assistance in the world. We had been an exemplary country and now Ivanishvili has embarrassed our country all over the world,” Saakashvili said.

According to the former President of Georgia, his fight will be decisive.

"My fight will be decisive and I will be at the forefront. I promise I will be holding your hands during Ivanishvili's defeat and Georgia's victory in October. This lawlessness, illegitimacy must be over. They are a gang of bandits. They are Georgia's enemies, traitors, and, of course, they are controlled by a foreign power. They are fulfilling the order of Moscow. i.e. to weaken, destroy and isolate Georgia,” Saakashvili said.