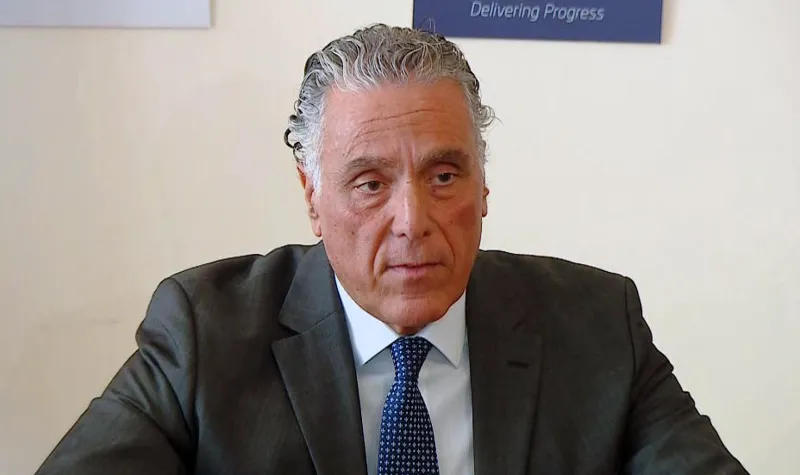 What I would suggest though is that you read less philosophy and more history, so you discover for yourself how do dictators end, Fady Asly, Chairman of the International Chamber of Commerce (ICC) Georgia, said in the open letter sent to former Prime Minister of Georgia Bidzina Ivanishvili.

“I am writing to you as a Georgian citizen, someone who loves his country, someone who paid a very hefty price over 23 years fighting for the good of Georgia and the good of its people. In 2011 and 2012 you were targeted and harassed by the authorities, your assets were seized, your businesses were bankrupted; you decided to get into politics “to free the country from dictatorship” as you often said.

In October 2012, I voted for your party, the Georgian Dream, because I strongly believe that we deserved to live in a free and democratic country. Unfortunately, from the minute you took over power you were totally disconnected from reality; you surrounded yourself with servants who told you what pleased you to hear and not what was really happening to the country; meanwhile Georgia was going backward at exponential speed. Under your watch, the National currency devaluated against the American Dollar from 1.62 to 2.92.

Under your watch, total direct foreign investments decreased to the level of year 2006. Under your watch, criminality has increased to such extents that in certain areas of the city people are now scared to walk at night in the streets. Under your watch, corruption has exploded, and we read every day in the press the name of new government officials arrested for corrupt deals, probably for having turned their back on you. FOR IMMEDIATE RELEASE August 21, 2019 Contact Person: Sofi Bokuchava Office: +995 32 298 81 76 Mobile: +995 555 124 724 Email: s.bokuchava@icc.ge Under your watch, your cronies are racketeering businessmen and putting their hands on major businesses in Georgia. Under your watch, the government that you have appointed has been implementing a xenophobic and discriminatory agenda against investors and visitors from certain nationalities. Under your watch, the Georgian Courts have literally collapsed under the pressure of corruption and government influence. Under your watch, scores of political opponents are being harassed, bankrupted and jailed by your prosecutors under fabricated charges. Under your watch, free media are being silenced, intimidated, dismantled or simply bankrupted. Under your watch, Georgia has lost its credibility and reputation as a reliable country. What I can say in short, is that the result of your seven years governance have brought the country back to the Shevardnadze era; your seven years governance brought to Georgia dictatorship, fear, instability, criminality and corruption. I hear that you like reading philosophy books, what I would suggest though is that you read less philosophy and more history, so you discover for yourself how do dictators end. I will mention those names: Gaddafi, Saddam Hussein, Hitler, Mussolini, Pol Pot, Idi Amin, Mobutu, Ceausescu, Milosevic, Duvalier, Marcos, Mubarak, Batista, Salazar, Stroessner and Ben Ali. Those are few names among a very long list of dictators over the centuries; most of those dictators were wealthier than you are, most of them were in power for much longer than you are, and most of them had a much stronger grip on their countries than you have yourself on Georgia, and despite all of that, they were toppled. Mr. Ivanishvili, I fully understand the state of panic in which you are; we both know that if you lose the October 2020 elections, there is a serious probability that you would be prosecuted for crimes that you may have committed over the years. I cannot even recollect the number of people who visited the International Chamber of Commerce over the past year with documents proving that one or another of your companies have expropriated them illegally without due compensation. For you, winning the October 2020 elections is a matter of survival, and I understand it; I know for a fact and based on what we have recently seen that you will not hesitate to take any action that could keep you in power, be it large-scale bribery or pressuring voters, or harassing your political opponents, bankrupting them, jailing them or perhaps maybe having them beaten up in the street or even murdered. Mr. Ivanishvili, you can trust an experienced man, the path that you are following will not keep you in power, it will only speed up your fall; I honestly don’t know if it is not already too late for you to reconsider other rational options, nevertheless I would highly recommend that you give it a thought. I will end up this letter with a quote from the bible attributed to Jesus Christ: “Live by the sword, die by the sword” (Matthew 26, 26:52),” the letter reads.