Protesters clash with police officers at “Apollo” cinema in Batumi 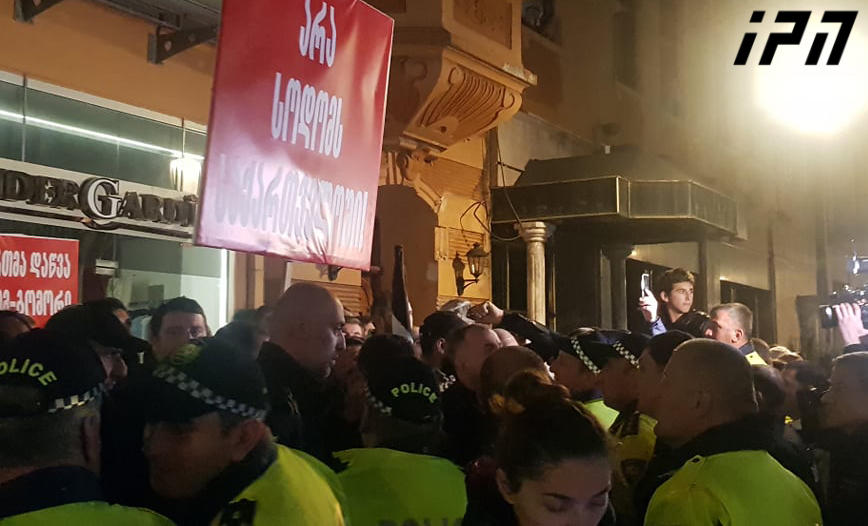 Protesters clashed with law enforcers outside the “Apollo” cinema in Batumi, Adjara region of Georgia.

Reportedly, the incident occurred when protesters were trying to break into the cinema building, but the police officers did not let them to do it.

The film "And Then We Dance" is being screened in the cinema “Apollo”. Protesters are holding a protest rally outside the cinema building, demanding that the screening be stopped.

The protesters threw eggs and pyrotechnics at the cinema "Apollo".