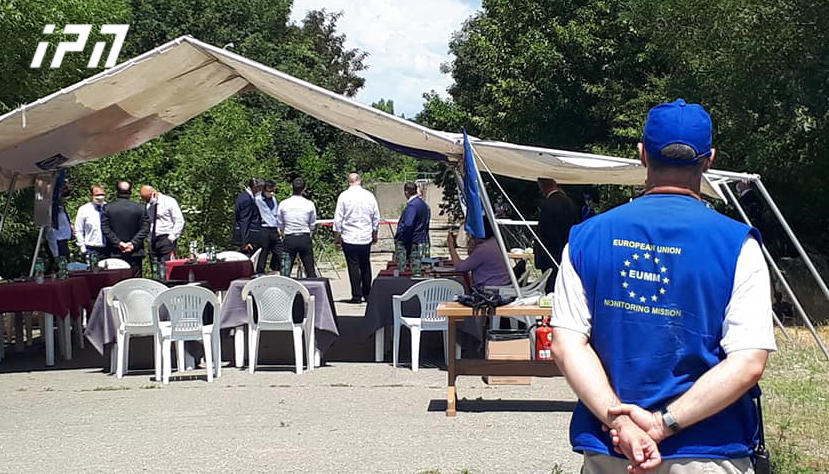 "In the wake of COVID-19, this first regular meeting of the Ergneti IPRM since August 2019 was accompanied by all the necessary precautionary health measures, and was held in a positive and constructive atmosphere. The participants welcomed the new co-facilitator, Ambassador Szczygieł, to the IPRM and wished him success in his new assignment. The participants discussed several issues pertaining to stabilisation and normalisation on the ground, including the impact of the prolonged closure of the controlled crossing points along the Administrative Boundary Line (ABL) on local communities’ freedom of movement and livelihoods; the security situation in the Chorchana-Tsnelisi area; recent detention cases; as well as other unresolved significant incidents. They also addressed issues pertaining to cross-ABL irrigation infrastructure management.

The co-facilitators welcomed the participants’ commitment to resume regular dialogue in the IPRM format, while commending the active use of the EUMM-managed hotline. The important role of the hotline and OSCE facilitation in lowering tensions, resolving incidents, and facilitating dialogue was underscored. Recalling instances where existing communication channels were used effectively, the co-facilitators emphasized the importance of timely information exchange through all available platforms in order to prevent incidents and reduce tensions along the ABL.

The co-facilitators also pointed out issues relating to the concerns of the conflict-affected population, and called on the participants to continue using the IPRM format for discussing a range of important practical issues. The co-facilitators further acknowledged the exacerbating effect of the COVID-19 pandemic on stabilisation and normalisation, and expressed hope for further constructive and cooperative steps towards improving human security in local communities and maintaining general stability on the ground.

The participants agreed to plan for a subsequent meeting on 24 September 2020, situation permitting", - reads the statement.