Nika Gvaramia: As far as we have been informed, there will be a simulated riot that will result in Saakashvili's liquidation 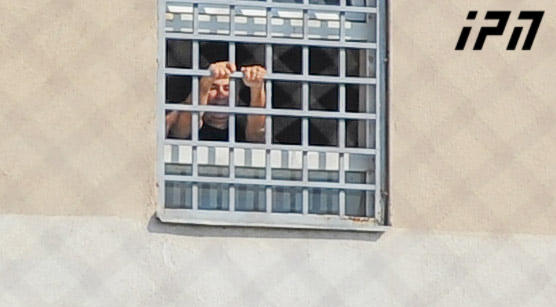 Apart from health problems, there is no minimum guarantee of safety in the prison hospital - as far as we have been informed, problems in the prison hospital will be imitated by the authorities, there will be a simulated riot that will result in Saakashvili's liquidation, - Mikheil Saakashvili's lawyer Nika Gvaramia said at a briefing while talking about the hospitalization of the third president.

According to Gvaramia, several persons, who will take care of Saakashvili's liquidation, have already been sent to prison.

"Due to serious security problems, Mikheil Saakashvili cannot be transferred to a prison hospital. According to our information, there will be the so-called imitated riot at the prison hospital. Several special force officers, who will to take care of all this, have already been sent to prison," Nika Gvaramia said.

According to him, the highest risk that Saakashvili faces is heart failure, therefore there should be a second level of cardiology service in the prison hospital.

"We considered it necessary to address the public and the Georgian government. Contradictory statements are being made by the Ministry of Justice and doctors. According to the Minister of Justice, there was no discussion on Saakashvili's transfer to a civil clinic, which directly contradicts the conclusion of doctors. Prison No. 18 is not a C category multifunctional clinic defined by the doctors’ report, it lacks proper technical equipment.

The highest risk that Saakashvili is facing now is the risk of heart failure, therefore, there should be a second level of cardiology service in the prison hospital, namely interventional cardiology. Although there are doctors of different profiles in the prison hospital, this does not allow for different types of services to be provided. Saakashvili's problems cover a very wide range of medical needs," Nika Gvaramia said.

Saakashvili's defenders demand that the issue of hospitalization be resolved in the nearest hours and that the prison hospital be ruled out.

"We demand that the issue of hospitalization be resolved in the nearest hours and that the prison hospital be excluded by an open statement. The decision should be made not only by the personal doctor, but also together with lawyers, as this is a human rights issue along with healthcare. We ask the Public Defender to monitor both the condition of Saakashvili and the compliance of prison hospital with the relevant criteria,"- said Nika Gvaramia.

At the same time, he addressed the representatives of the government and the ministries.

"We have a request with the Public Defender and the Minister of Health, as well as the Ministry of Justice. We ask them to explain in the coming hours what they intend to do relating to Saakashvili’s hospitalization. We categorically oppose his hospitalization to prison hospital because of health and safety issues. We demand to actively involve us in the decision-making process," Gvaramia said.