Sebastian Molineus: World Bank today approved a what I believe to be a truly transformational Human Capital Program for Georgia - this is the single largest investment that the World Bank has ever conducted here 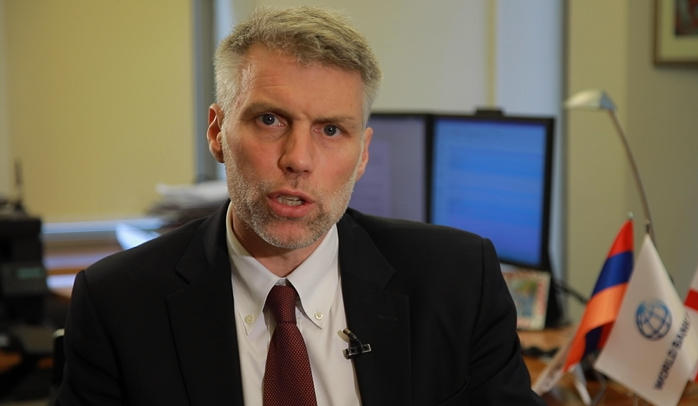 The World Bank’s Board of Executive Directors today approved a what I believe to be a truly transformational Human Capital Program for Georgia, World Bank Regional Director for the South Caucasus Sebastian Molineus stated.

According to him, with Georgia's recent EU membership application, these reforms will prove to be critical to ensure that the education system, health system and social protection systems are in line with EU.

First of all, this is the single largest investment that the World Bank has ever conducted here in Georgia, in particular, focusing on better human capital outcomes.

Second of all, it's the first time that we actually use a new financing instrument called the “Program for Results”, which measures impact by the ability to actually achieve outcomes, which I think is an instrument that is typically is used for higher income countries and again, is a testimony to Georgia's many advances that it has made over the past few years.

And third and finally, in fact, it's the first time that the World Bank itself has used the “Program for Results” (PforR) instrument for the human capital agenda, cutting across education reforms, social protection reforms and health reforms as well.

We at the World Bank believe that human capital is truly at the essence in the core of the economic growth model for countries in general, but also for a country such as Georgia. Indeed, we believe it's critical for Georgia to help it overcome what we refer to as the middle income trap, to help forge a path to undertake some difficult structural reforms to one day become a high income country.

And indeed, with Georgia's recent EU membership application, these reforms will prove to be critical to ensure that the education system, health system and social protection systems are in line with EU, the EU key laws and regulations and standards as well.

This Human Capital Program will have a transformational impact on Georgia. Number one - we believe it'll be transformational to further improve the targeted social assistance, making sure that vulnerable groups in Georgia, in particular, families with children receive targeted social assistance. We also believe that it's critical for ensuring for better health outcomes in particular, primary care, but also lowering the very high out of pocket costs for inpatient treatment, but also for medicines that we know exist here in Georgia. Third, and finally, we aim with this Program to dramatically improve health and education outcomes, to ensure that the next generation is prepared and equipped for a next generation of jobs and skills that will be required to succeed in the modern economy.

So again, my sincerest congratulations, and thank you to the Government for pioneering what I believe, as I said before it to be a transformational program, and the World Bank stands 100 percent behind this very important reform that will have a positive impact for the people of Georgia," Molineus stated.