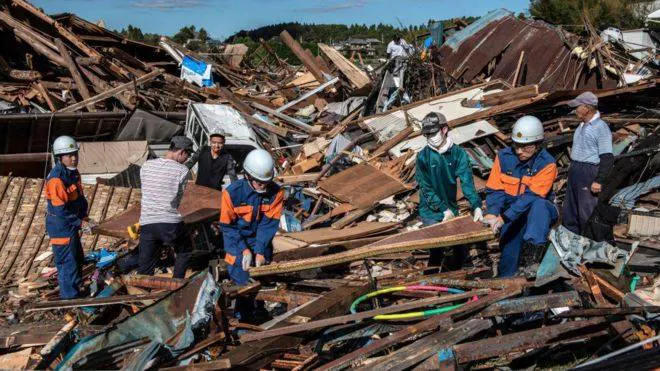 More than 110,000 people are taking part in search and rescue operations after Typhoon Hagibis struck Japan on Saturday.

The typhoon - the worst storm to hit the country in decades - has left at least 37 dead, with 20 missing.

Typhoon Hagibis also caused the cancellation of three Rugby World Cup matches but the key match between Japan and Scotland went ahead.

More than seven million people were urged to leave their homes at the peak of the storm, but it is thought only 50,000 stayed in shelters.