Donald Trump about Turkey's incursion into Syria: This is not our border. It is time for us to go home 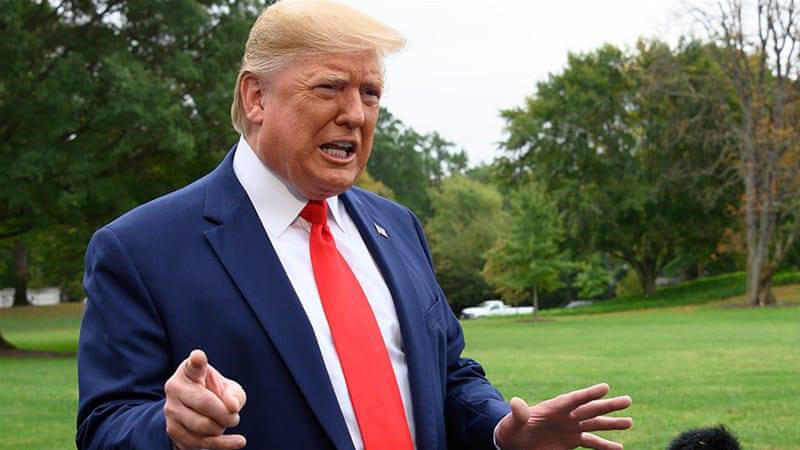 President Donald Trump has said Turkey's incursion into Syria is "not our border", and called the former US allies the Kurds "no angels", BBC has reported.

Earlier reports suggested the president said Turkey's operation in Syria was "not our problem".

"They have a problem at a border. It's not our border. We shouldn't be losing lives over it. Our soldiers are out of there. Our soldiers are totally safe. They've got to work it out. Maybe they can do it without fighting," Donald Trump said.

"We're watching and we're negotiating and we're trying to get Turkey to do the right thing, because we'd like to stop wars regardless."

Donald Trump added that the Kurdistan Workers' Party (PKK) - a rebel group that fights for Kurdish autonomy in Turkey - "is probably worse at terror and more of a terrorist threat in many ways than" Islamic State.

The US is facing intense criticism for withdrawing its forces from Syria, which some say gave Turkey the green light to launch a cross-border offensive against Kurdish-led forces.