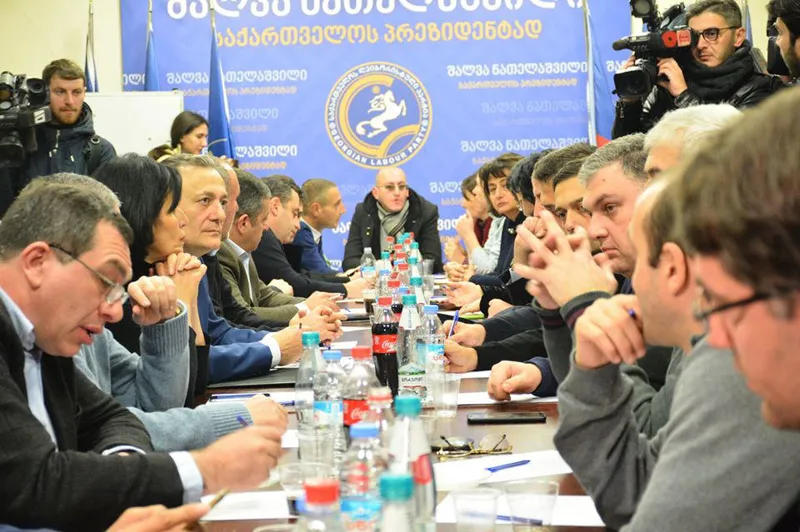 Leaders of the opposition parties have issued a joint statement, saying that Ivanishvili and his team will be responsible in case of another failure to change the electoral system and in case of non-release of political prisoners.

“Today, when Georgia is facing the most difficult challenges amid the COVID 19 epidemic and the economic crisis, it is important that the 2020 parliamentary elections are held in a peaceful, normal and democratic environment. The epidemic and the economic crisis were preceded by a severe political crisis caused by the government's actions. With the help of international friends, an agreement was reached, which included a compromise version of the election model (120/30) and the release of political opponents and activists detained after Gavrilov's night. The text of the agreement outlined specific mechanisms for implementing the agreement on political prisoners - in particular, the exclusive powers of the president, such as just the pardon power.

The agreement was signed by everyone except of the Alliance of Patriots, which publicly announced that the agreement to release political prisoners, including the cases of Rurua, Okruashvili and Ugulava, was behind their decision to refuse the signing.

Mediators of the negotiations – the US and EU Ambassadors – as well as other friends of Georgia, including Risch, chairman of the U.S. Senate Foreign Relations Committee, Kinzinger, Co-Chair of the US-Georgia Friendship Group in the House of Representatives, and Co-President of the Euronest PA MEP Kubilius stressed the importance of fulfilment of the both parts of the agreement. Ivanishvili and his team will be responsible in case of another failure to change the electoral system and in case of non-release of political prisoners. The non-release of political prisoners means that Ivanishvili will completely violate this agreement. Under these conditions, the opposition factions, which were in a boycott mode, will continue the parliamentary boycott.

In case of non-fulfillment of this agreement by Ivanishvili, Georgia will be damaged. At a time when it is especially important to get help from friends in the field of economics and security. Ivanishvili will be responsible for all this. Violation of this condition will not save him from defeat in the 2020 parliamentary elections.

Our task is to reach this agreement. Our task is all changes in Georgia to be made only within the constitutional framework and peacefully, so that Georgia can move to a qualitatively new stage of democratic development and change the government through elections for the second time,” the joint statement reads.