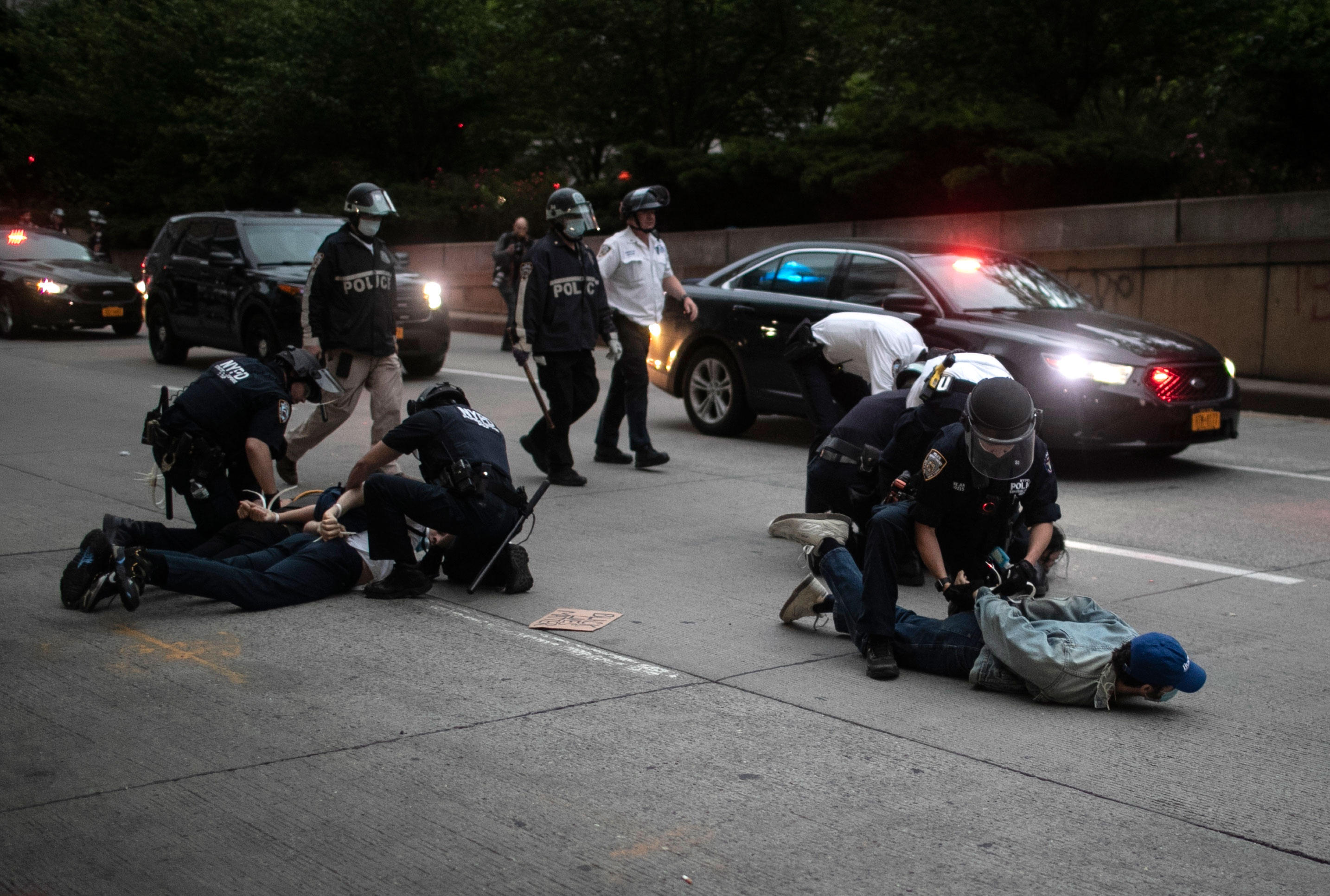 The New York Police Department has arrested about 40 protesters across the city on Tuesday night, though that number is expected to increase, a law enforcement official told CNN.

It's a lower number so far than Monday night, when 700 protesters were arrested, according to the NYPD.

Following widespread looting, the city's curfew was brought forward to 8 p.m. instead of 11 p.m. The citywide curfew will now remain in place for the remainder of the week, extending from 8 p.m. each night to 5 a.m. the next morning.

The Pentagon confirmed Tuesday night that about 1,600 active duty troops had been moved from Fort Bragg and Fort Drum to the Washington, DC area to assist civil authorities if needed.