U.S. Embassy statement on the death of George Floyd and protests in the United States 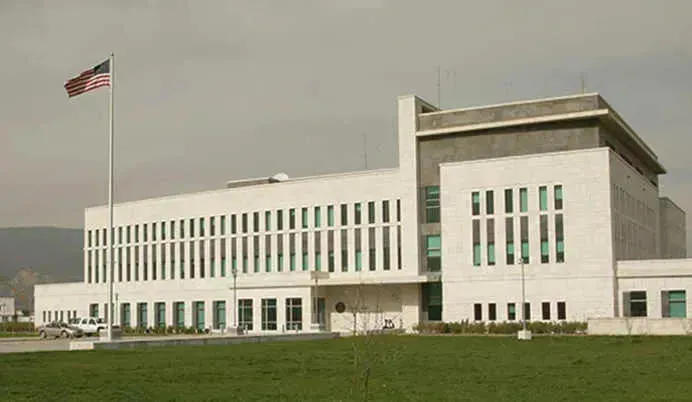 The USA Embassy in Georgia has released a statement with regard to the death of George Floyd and protests in the United States.

According to the statement, the death of George Floyd and peaceful protests with accompanying violence is a reminder that the US is a country that, notwithstanding the hindrances, aspires to strengthen the democratic principles which naturally includes the rule of law and fair and equal treatment of everyone - inside the country and as well as beyond its borders.

"U.S. Embassy Tbilisi, along with the rest of the world, is following the deeply disturbing news concerning the killing of George Floyd by police officers in Minnesota on May 25. Mr. Floyd’s death, the peaceful protests, and the violence that has ensued across much of the United States, including in Washington, D.C., are a reminder that the United States is a nation that has long sought, and sometimes struggled, to advance democratic values, including rule of law and the fair and equal treatment of those inside and outside of our borders. Our efforts in this regard are clearly far from complete. The tragic death of George Floyd is yet another heartbreaking reminder of our nation’s ongoing struggle to fully live up to that ideal. Our fundamental freedoms of speech, press, and peaceful assembly make the United States an open nation, one that aspires to liberty and justice for all, and eschews violence that undermines our democracy and serves no one and no worthy goal. We seek to espouse such values at home, in Georgia and around the world because they are essential to a strong democracy. We will not try to hide our painful struggle because we believe that honest public debate will help us emerge better and stronger. Advancing our fundamental freedoms is how America will fully achieve equality and combat discrimination and injustice. We are heartened by the expressions of concern and support from our partners here in Georgia and around the world", - it is said in the statement.