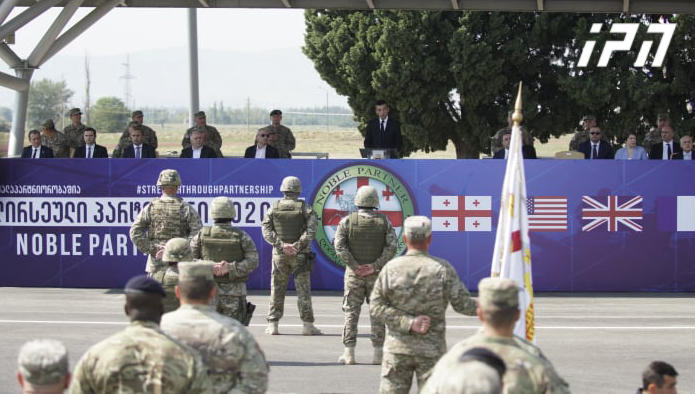 As InterPressNews was informed by the Ministry of Defense, the officials emphasized in their speeches the importance of partnership and conducting multinational exercises in Georgia, which contribute to the process of strengthening international security, as well as stability in the Black Sea region.

“Georgia is hosting Noble Partner for the fifth time. The exercise is being organized by the Georgian Defense Forces and the US European Command and aims to improve preparedness and compatibility between Georgia, the US and partner countries, as well as to contribute to maintaining a stable and secure environment in the Black Sea region. That is why the main message of the exercise is "Power is in partnership".

More than 2,700 military personnel from Georgia, the United States, the United Kingdom, Poland and France are taking part in the multinational exercise this year," reads the statement released by the Ministry of Defense.