US Capitol lockdown: Security scare ahead of Biden inauguration 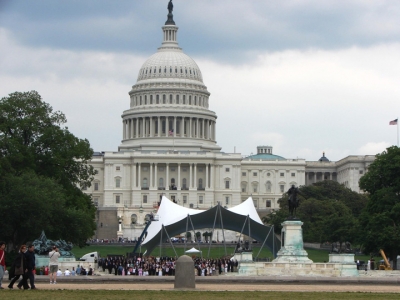 The Capitol complex in Washington DC was briefly locked down after a security alert, two days before Joe Biden is inaugurated as US president.

Police say they acted out of an abundance of caution after witnesses reported smoke rising nearby. The fire was several blocks away.

A rehearsal for Mr Biden's inauguration was suspended.

Five people died after a pro-Trump mob stormed the Capitol, which is home to the US Congress, on 6 January.

Thousands of National Guard reserve soldiers have been deployed at the Capitol and around central Washington DC.

There was no threat to the public, officials said. Congress is currently in recess and will not reconvene until after Wednesday's swearing-in ceremony.