Aleko Elisashvili: I am saying with full responsibility that the release of Natalia Ilychova and Iveri Melashvili is the result of negotiations 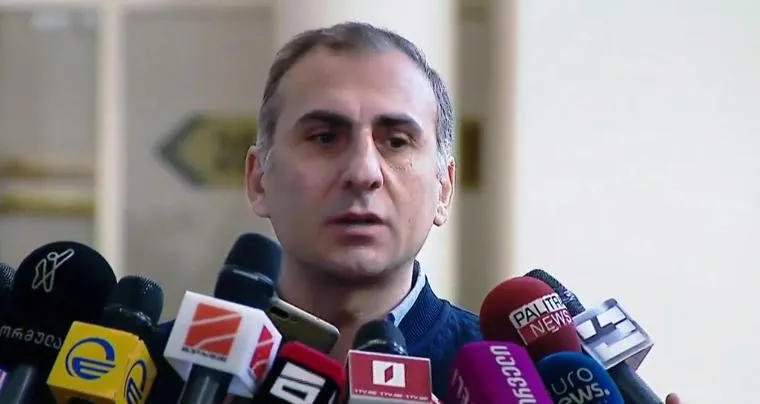 I am saying with full responsibility that the release of Natalia Ilychova and Iveri Melashvili is the result of negotiations! Yes, the negotiations have yielded results, - Aleko Elisashvili, the leader of the Citizens Party, says in his statement posted on Facebook.

"I congratulate personally Natalia Ilychova and Iveri Melashvili and their family members! I am very, very happy! It is disgusting when the state falsely arrests people, but it is good that the Georgian Dream came to its senses and released them. I say with full responsibility that this release is the result of negotiations! Yes, the negotiations have yielded results and that is a good thing. This is a step towards continuing the negotiations and restoring trust between the parties! I have rarely been as happy as I am today!” Elisashvili said.

Iveri Melashvili and Natalia Ilychova, accused of committing actions against the territories of Georgia, have been released from the courtroom. Judge Lela Kalichenko fully granted the motion of the prosecutor's office and changed the measure of pre-trial detention of the detainees into release on GEL 20,000 bail. Melashvili and Ilychova will each have to pay GEL 20,000 within 30 days.

The Prosecutor's Office had demanded to change the measure of restraint into GEL 30,000 bail.

The Prosecutor's Office of Georgia, in cooperation with the State Security Service, detained Iveri Melashvili, Head of the Border Relations Service of the Department of Neighboring Countries of the Ministry of Foreign Affairs of Georgia, and Natalia Ilichova, Chief Inspector of the Land Border Protection Department of the Ministry of Internal Affairs for using in the delimitation process the border lines drawn on maps issued in 1970-80, which contradict the historical border of our country, including in relation to Davit Gareji.