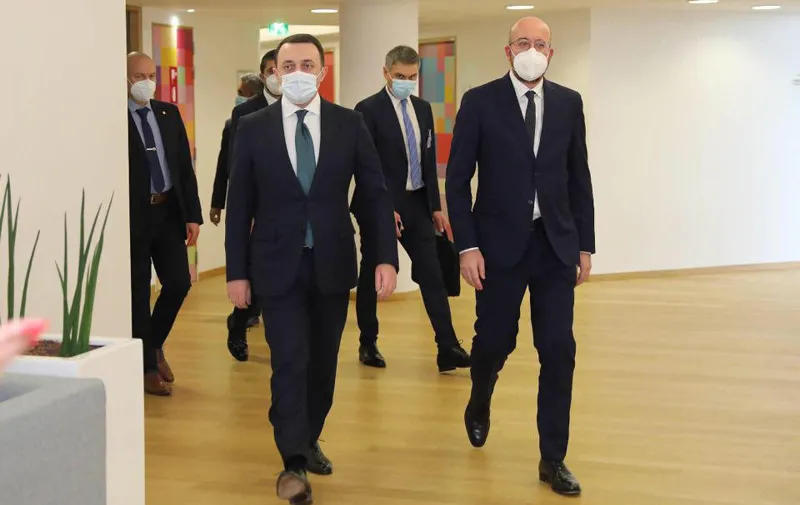 The Prime Minister of Georgia Irakli Gharibashvili will take part in the 6th session of the EU-Georgia Association Council in Brussels today.

According to the European Council, participants in the EU-Georgia Association Council meeting will discuss Georgia-EU relations, including issues related to political dialogue, justice, freedom and security. They will also discuss economic and sectoral cooperation, trade issues, as well as foreign and security policy, and the peaceful resolution of conflicts.

After the EU-Georgia Association Council (at 14:00 Brussels time), Irakli Gharibashvili will meet the EU High Representative for Foreign Affairs and Security Policy Josep Borrell and the European Commissioner for Enlargement and European Neighborhood Policy Olivér Várhelyi.

In addition, high-level meetings will be held on 17 March in the European Parliament and NATO. The Head of the Government of Georgia will be hosted by the Secretary General of the Alliance Jens Stoltenberg at the NATO Headquarters.

After the meeting, a joint press conference of Irakli Gharibashvili and Jens Stoltenberg will be held. A meeting of the NATO-Georgia Commission is also planned.

A government delegation, led by the head of government, left for Brussels yesterday. During the visit, Gharibashvili has already held several meetings, including with the President of the European Council Charles Michel.