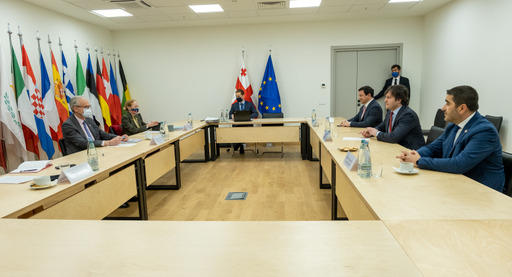 A meeting has been scheduled between the Georgian Dream and the opposition parties. The meeting of the representatives of the government and the opposition will start at 16:00 in the EU Delegation office. The mediator will also be involved in the meeting.

The mediator in the negotiations between the government and the opposition is Christian Danielsson, who was appointed by the President of the European Council Charles Michel as his representative in Tbilisi.