Interpressnews photo correspondent, who was physically assaulted by Pride opponents, recalls details of the incident 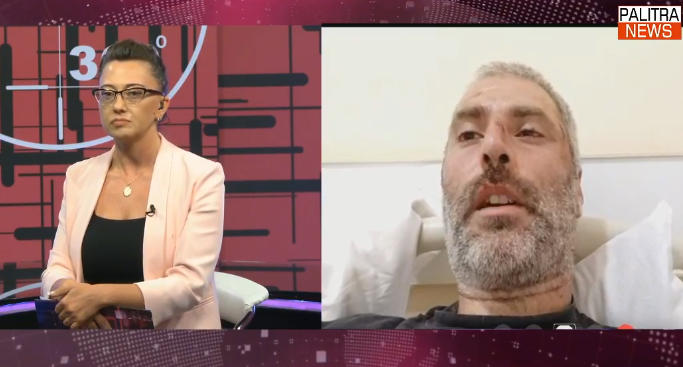 Interpressnews photo correspondent Giorgi Nikolishvili, who was physically assaulted by Pride opponents, recalls the details of the incident.

Giorgi Nikolishvili, who is currently at Aladashvili's clinic, says he was attacked twice by protesters, as he tried to escape after the first physical attack, but was again beaten and knocked down.

"I was taking photos when something hit me from behind and I fell down. I do not remember who he was. When I got to my feet, I tried to run away, but the crowd was running, they shoved me and I fell again. Eventually, the police relocated me and took me to the hospital", - said Giorgi Nikolishvili.

As for his health condition, according to him, he has hematoma and bruising on brain, due to which he cannot move. He is under the observation of the medical staff.

According to him, he has covered a number of rallies, but he has never seen such aggression against the media by the protesters.

"I have been in this business for years, this was the first such attack on the media. I'm a bit shocked, it was unbelievable and unacceptable. I can not explain this phenomenon", - said the photo correspondent of Interpressnews.

As for the equipment, he says the camera is also damaged.

For information, InterpressNews photo correspondent Giorgi Nikolishvili, who was physically assaulted by Pride opponents, is placed at Aladashvili Clinic. An agency employee has injuries to his head. The tests are showing bruises on his brain.

Opponents of the march physically assaulted journalists and cameramen from other media outlets too. Due to the insufficient mobilization of the police, the law enforcers could not ensure their safety.

According to the information available at the moment, 47 journalists, cameramen and photographers from 16 media outlets were injured during the events in Tbilisi today.