Formula TV Director: Edison Research survey have become the reason for the attack on Formula TV and its founder 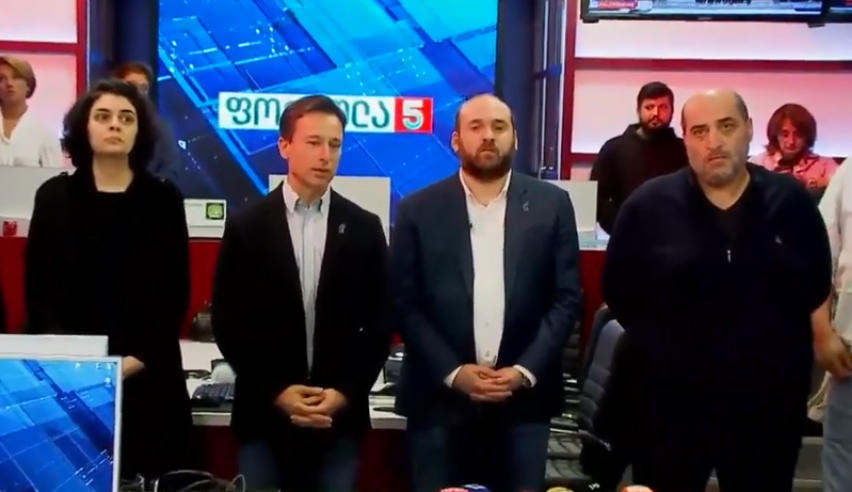 According to Zuka Gumbaridze, General Director of Formula TV, the appeal of the Ministry of Defense to the court to compensate for the damage caused to the agency by Davit Kezerashvili is related to the exit polls conducted and published by Edison Research, according to which the government fails to win 43%. Zuka Gumbaridze, General Director of Formula TV, stated about it at a special briefing.

"The reason for our briefing today is today's decision, by which we heard that the Ministry of Defense is appealing to the court to compensate for the damage mentioned in the guilty verdict against Davit Kezerashvili. This court acquitted Kezerashvili in a court of second instance, and today, on the basis of this verdict, it demands compensation from him. This fact, naturally, is connected with the TV company Formula and is part of the campaign against the critical media that the government has been carrying out lately, and it seems that these actions are entering a final phase.

I would like to remind everyone that on Monday, Formula TV aired a survey conducted by Edison Research, in which viewers saw that the government could not overcome the 43% threshold. This became the main reason for the government to launch a new attack on Formula and its founder at such an accelerated pace. We have already had communication with the representation of Edison Research and regardless of ant scenario, even if a temporary manager is appointed in this company today or tomorrow or some other event takes place to prevent the publication of exit polls, these exit polls will be broadcast on any Georgian channel. Naturally, apart from exit polls, all this is related to the scenarios after the upcoming elections," Gumbaridze said.

According to him, the main target for the government lately has been the critical media in this country and their aim is to hush them up.

“I urge the US Embassy to take precautionary measures to prevent pressure on the exit polling company, their American or Georgian staff," said the Director of Formula TV.