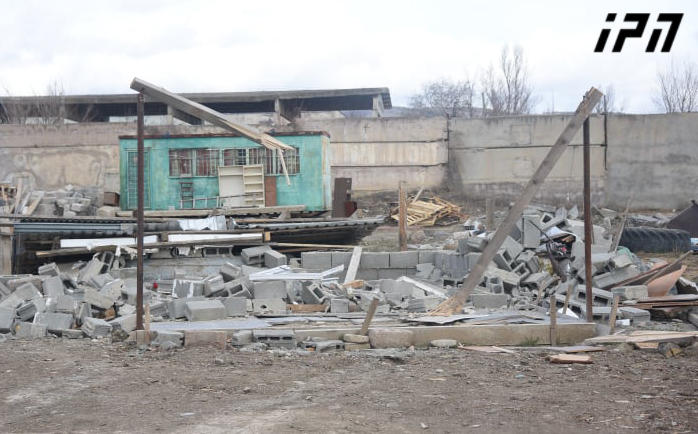 There is tension in Orkhevi settlement, where the municipal inspection started dismantling houses. Patrol police are on the spot. Locals say they appealed to the City Hall earlier to legalize the area, however the procedure was delayed in time and eventually, the space was not legalized.

As one of the locals explains, s/he does not know now where to spend the night, when the only living space is to be dismantled.

"I went to get the firewood and when I came back, I witnessed such a situation. I am not asking much, my father and I have nowhere to stay physically. It does not matter where, but it would be good to accommodate on rent, or somewhere. I am not even asking to be allowed to live here, it doesn't matter where, but if only there was one room for my father and I to sleep," one of the locals told Mtavari TV.

"No one lived in the houses that were dismantled today. We do not know if they are locals or where they are registered. However, in order not to leave anyone on the street, the City Hall, the municipal service and the district administration are mobilized. If anyone stays on the street, we will provide them with housing," said a representative of the inspection.