CNN: Large lines of traffic wait to cross from Russia into Georgia 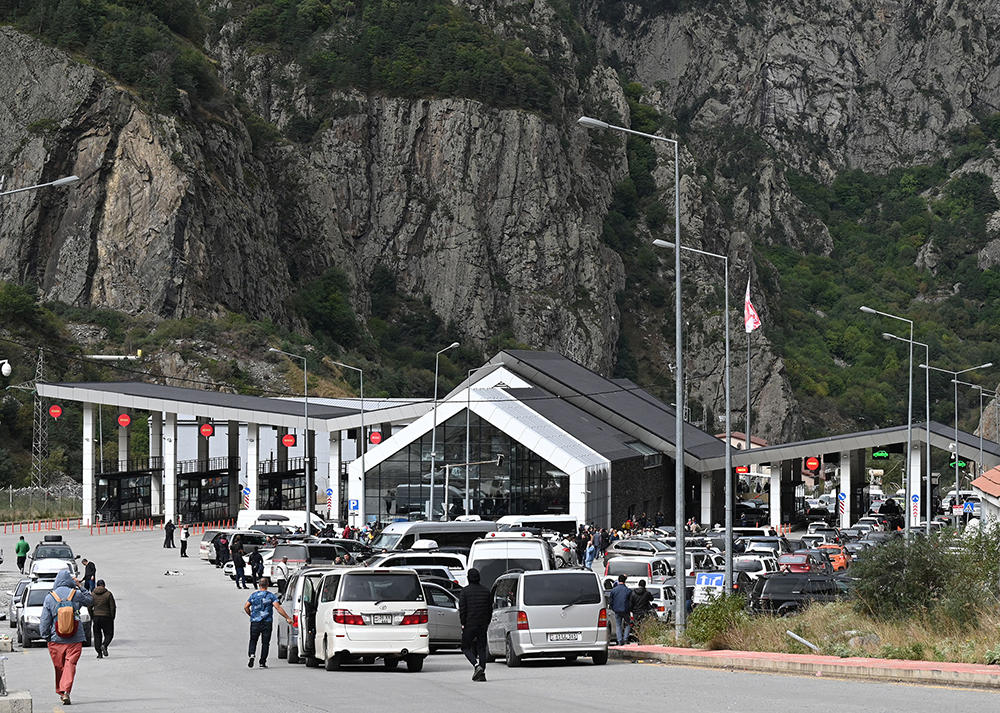 According to CNN, satellite images from Sunday provided by Maxar Technologies show long lines of traffic on the Russian side of the border with Georgia.

Maxar says the northernmost image shows traffic queuing about 16 kilometers (nearly 10 miles) north of the border crossing, and adds that "the traffic jam likely continued further to the north of the imaged area."

CNN reported earlier Monday, that images and social media video from the border crossing between Russia and Georgia have shown long lines of stationary traffic through a mountain pass. Drone video uploaded from the area Monday suggests there are hundreds of vehicles gathered on the Russian side, with witnesses saying that people are waiting up to 48 hours to cross into Georgia.

Queues have built up at the Verkhnii Lars crossing from North Ossetia into Georgia and other border crossings since the announcement last week by President Vladimir Putin of a partial mobilization.

Videos show some families and many men on their own among those waiting to cross at Verknii Lars Hundreds of people are approaching the crossing on foot, pulling suitcases.

Amid the sudden influx, "we have been pushing government to introduce visas and/or close the borders," an opposition politician in Georgia, Nona Mamulashvili, told CNN.

At the moment, the border appears still to be open, CNN adds.