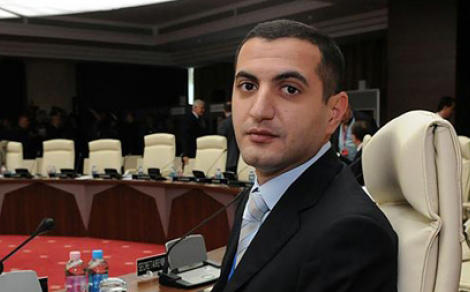 Recent events have encouraged me to make a significant decision about my involvement in the Georgian public life, - reads the statement of former Defense Minister Davit Kezerashvili on Facebook.

According to Kezerashvili, the activity of the youth has generated new positive stimulus in the country.

“Civil society is being born in front of us – the new generation wants to play an active role in the development of our country. A hope has emerged that Georgia's path to the West will be defended not only by some parties and political groups, but by society and new generation.

At the same time, I find it extremely dangerous that the mainstream media is concentrated in the hands of the ruling team. This reality brings us back to the vicious circle we have experienced for decades, whereas we should have learnt a lesson.

I believe that the fight against Russia's propaganda machine needs constant activity and the western choice of the Georgian people needs to be protected. That is why I have decided to set up a new television platform together with our friends in order to provide this protection. A platform that will support not any particular party, group, or elite unity - but the whole civil society, the voice of freedom and progress in our country.

The new television platform will uphold the highest standards of free and impartial journalism.

I have begun negotiations with our friends in the United States and Europe to set up a solid supervisory board in order to ensure the editorial independence of the channel from the outset.

I hope that a strong team will be staffed with well-known and highly-trusted journalists as well as new faces soon and the television will be ready to air in the shortest possible time,” Davit Kezerashvili.