Foreign Ministry spokesperson : Abducation of Georgian citizens is a clear attempt of destabilizaiton in the country 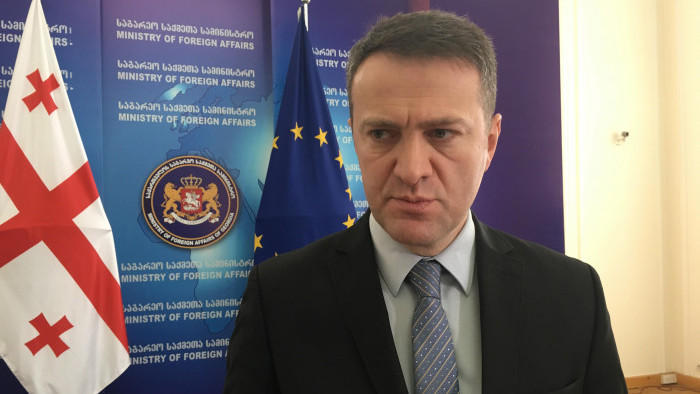 We are concerned over the abduction of 7 local residents in the vicinity of the occupation line in the Shida Kartli region, - Foreign Ministry spokesperson Vladimir Konstantinidi said.

He said frequent provocaitons and incidents at the occupation line further worsnons the security environment.

“Amid the erection of artificial barriers in the village of Gugutiantkari, continution of the practice of abducation and detention of Georgian citizens is a clear attempt of destabilizaiton in the country.

Frequent provocations and incidents at the occupation line further aggravates the security environment and the already difficult humanitarian situation in conflict-affected villages,” he said.

According to the Foreign Ministry spokespeson, the Georgian side has activated a hotline and informed co-chairs of the Geneva interbnational discussions; he also noted that the EU Monitiring Mission had been involved in the process.

We also appeal to the international community to take effective measures to stop the illegal actions of the occupation forces, " Konstantinidi said.

On August 17, seven Georgian citizens were illegally detained by Russian occupation forces near the occupied village of Adzvistavi.