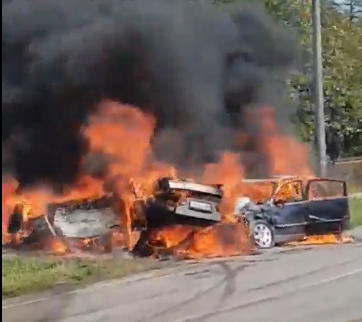 Three people were killed and two others- were injured after two vehicles crashed each other near the village of Nosiry, Senaki Municipality of Samegrelo region, western Georgia.

The Ministry of Internal Affairs of Georgia told InterPressNews that the number of people killed in the road accident is unknown for now, but according to unofficial reports, three people were killed and two – were injured in the crash.

An investigation is underway under Paragraph 8, Article 276 of the Criminal Code of Georgia.

Both vehicles ran on autogas.