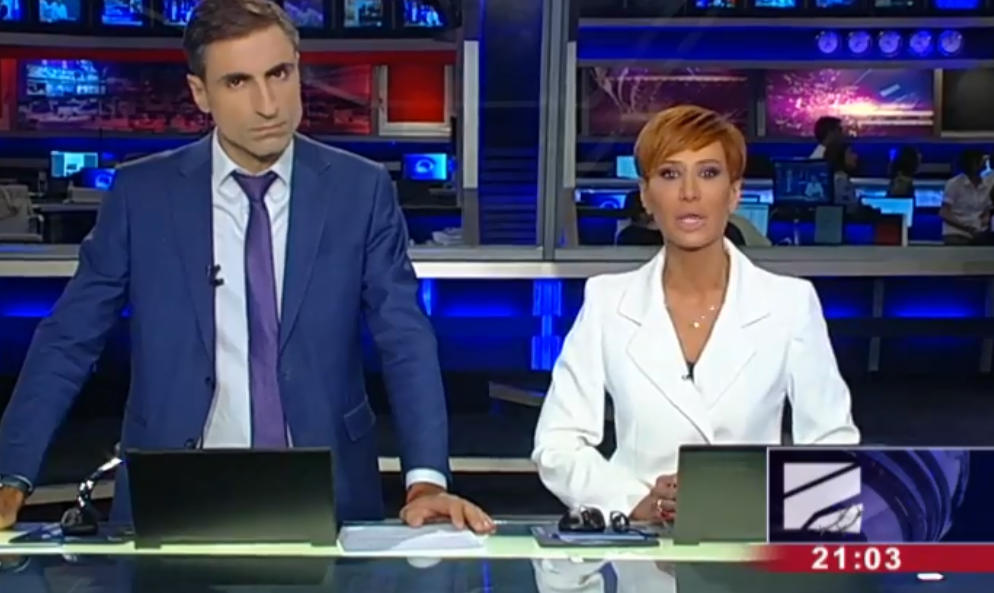 "The entire time we worked here, there have been crises and compromises, but we had freedom,” Jojua told viewers.

The anchor said he could not continue working in the TV station, which is “occupied by Bidzina Ivanishvili”, who is a “chief servant of the “Kremlin.”

“Today I am forced to say “goodbye". We fought, but today Bidzina Ivanishvili has finally occupied the channel. We have been deprived of free speech. I'm not going to work in the television, from where I can't really tell what's going on in a country that is going to get into the abyss,” Diana Jojua noted.

She wished all the employees of Rustavi 2 success, including those “who believe that they will maintain their independence in Bidzina Ivanishvili’s television.”

“Today, there is none of it left at Rustavi-2. We are leaving the channel and will continue our fight for freedom. See you in another space and on another channel," Jujua said.