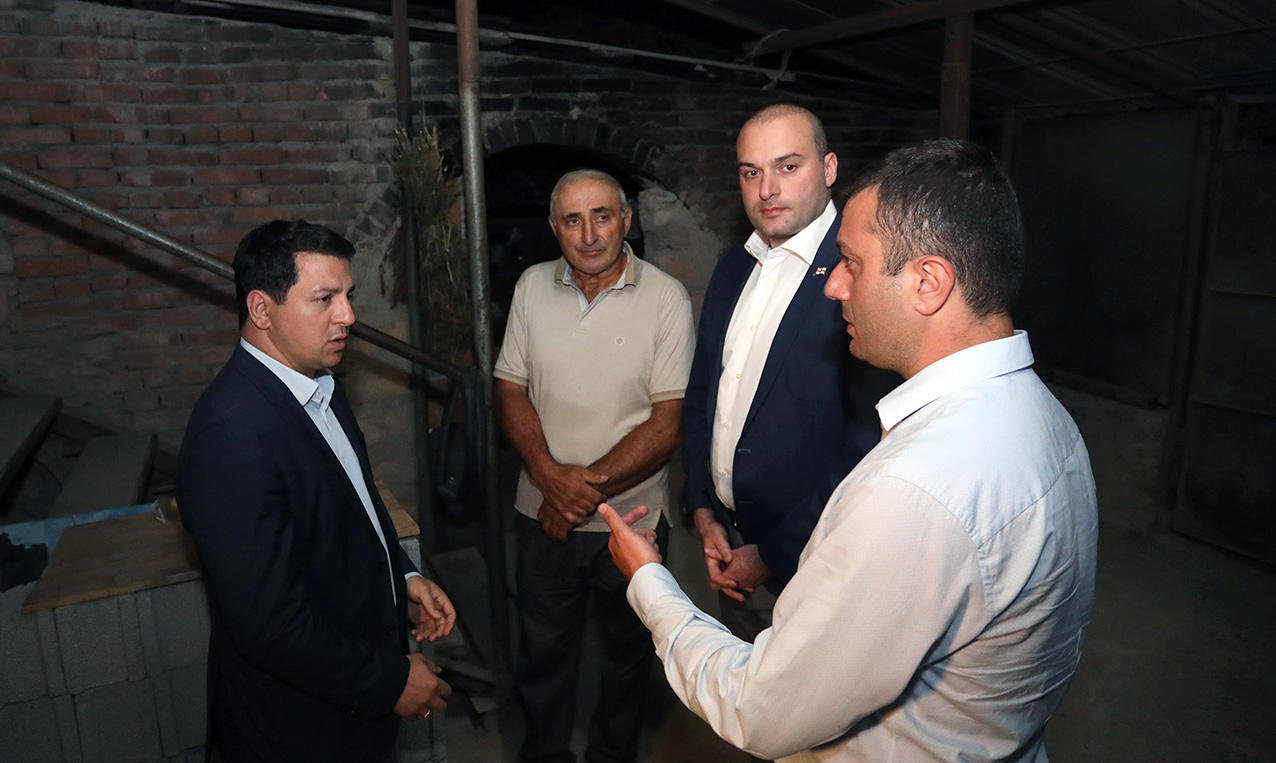 It is important to get feedback directly from the local population on their concerns and needs, Mamuka Bakhtadze, Prime Minister of Georgia, said when visiting Gocha Marghishvili’s family in Gugutiantkari village.

The information about the planned visit has not been disseminated by the PM’s press office and correspondently, the Prime Minister was not accompanied by journalists.

According to the PM’s press office, when interviewed several days ago by a news correspondent about the development of events in the village located by the occupation line, Gocha Marghishvili, resident of Gugutiantkari, requested a meeting with the Head of Government of Georgia. Now, as the request has been heard and meeting has been held with the top government official of the country, discussion got focused on the needs of the village located by the occupation line.

Prime Minister of Georgia paid attention to the projects implemented in the region and explained that speed with which the infrastructure projects are implemented will be accelerated further.

"We have implemented a number of projects here over the past few years, however we have current initiatives as well. Their speed of implantation will be further accelerated. Problem of drinking water will be solved, as requested by the local community. We have completed the construction of a road, laid the irrigation system and infrastructure, supplied power energy and natural gas to local households," the Prime Minister of Georgia said.

As the Prime Minister noted, sports infrastructure will be developed for the youth of Gugutiantkari, as requested by the local residents.

"Agriculture programs are most essential. I pledge that we will do our best to make the youth believe that they will indeed be able to realize their potential here in their native village. Work, peaceful development and cohesion are very important. We have had many such challenges and calamities over centuries and have always succeeded in overcoming them with cohesion. Most unacceptable of all is speculation on topics like these," the PM said.