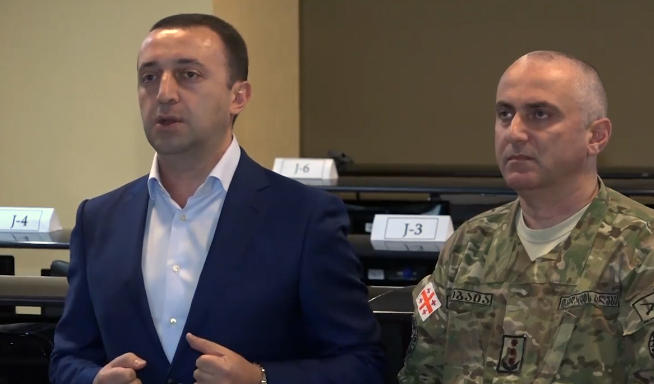 As InterPressNews was informed by the Ministry of Defense, the Georgian military congratulated Irakli Gharibashvili on his appointment as minister and wished him success.

Irakli Gharibashvili pledged to support the military and said that he would be a friend to each of them. According to the Defense Minister, he will do his best to improve the social conditions of the military and venable them to serve their country in a better environment. Gharibashvili said he would visit Georgian peacekeepers in Afghanistan and see their activities on the ground.

The Defense Minister emphasized the contribution of Georgian peacekeepers to the international security and their positive assessment by the partners.

Currently, units of the Georgian Defense Forces are participating in NATO and EU-led missions in Afghanistan and two countries of the African continent.