Turkish Ambassador : A wave of misinformation about Turkey is being spread in Georgia 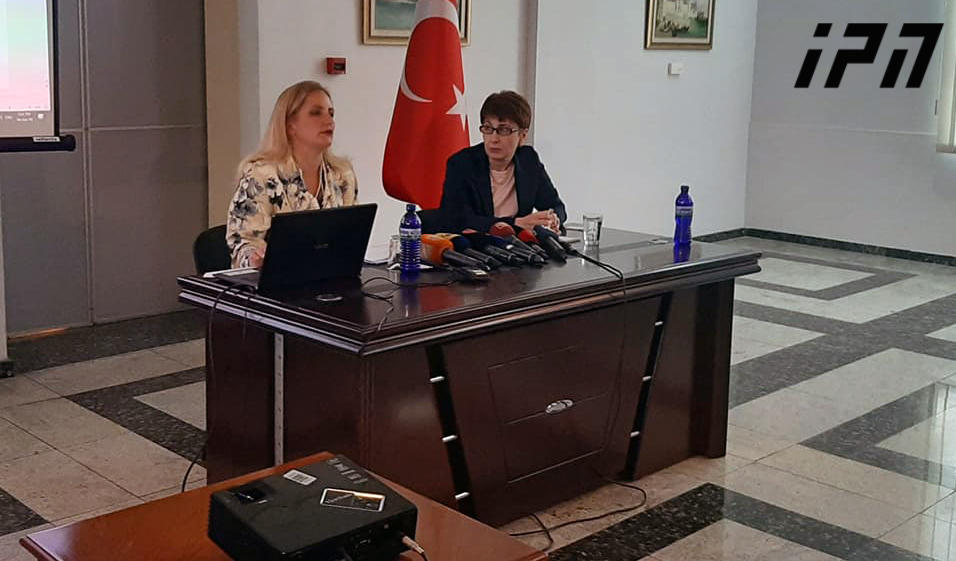 A wave of misinformation about Turkey is being spread in Georgia during the last 2-3 days. I would like to emphasize that the border between the two countries is delimited and marked, Ambassador of Turkey to Georgia Fatma Seren Yazgan said at a news conference on Thursday.

The ambassador spoke about the operation “Peace Spring”, which was launched by Turkey in northern Syria on October 9.

“There is some tension between Turkey and the US over the issue of Syria and I felt that there are some worries in Georgia, too. We see that a wave of misinformation about Turkey is being spread in Georgia during the last 2-3 days. There are various sources of this misinformation. A very big wave of misinformation appeared, especially with regard to Adjara region and Turkish-Georgian relations. I would like to emphasize that the border between Turkey and Georgia is delimited and marked. In this context, we find false information such as, for example, that in 2021, on the 100th anniversary of the Treaty of Kars, and validity period for the Treaty will expire and Turkey will try to seize Adjara.

We ask the Georgian media not to pay attention to such misinformation. We have also been convinced that such information is disseminated on various sites, some of which are somehow linked to the PKK and that their dissemination serves provocative purposes. As for the "Peace Spring" operation, some media outlets try to form the public opinion as if the Turkish Armed Forces, together with the Syrian National Army (which is the force formed by displaced persons from Syria), are jointly carrying out massacres of civilians in Syria. If civilians are harmed by Turkish forces or any forces under its control, appropriate measures will be taken, "the ambassador said.

The diplomat said the operation “Peace Spring” is not directed against the Kurds, but against the PKK, which was established as a leftist organization in the Cold War era, then turned into nationalist separatist terrorist organization and launched terror attacks on civilians in Turkey and attacks against Turkish border guards.