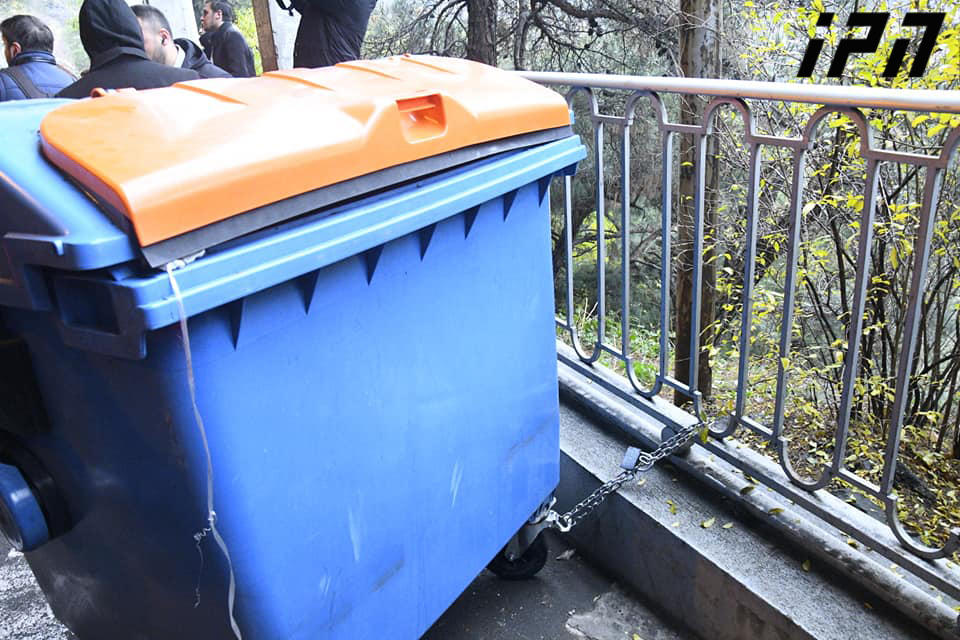 Protesters have fastened a trash can to a fence with a padlock near Bidzina Ivanishvili’s house.

Earlier, photos of members of the Georgian Dream were thrown in the trash can. According to the protesters, they expressed their protest against the government this way.

They said they will continue protests until their demands are not met.