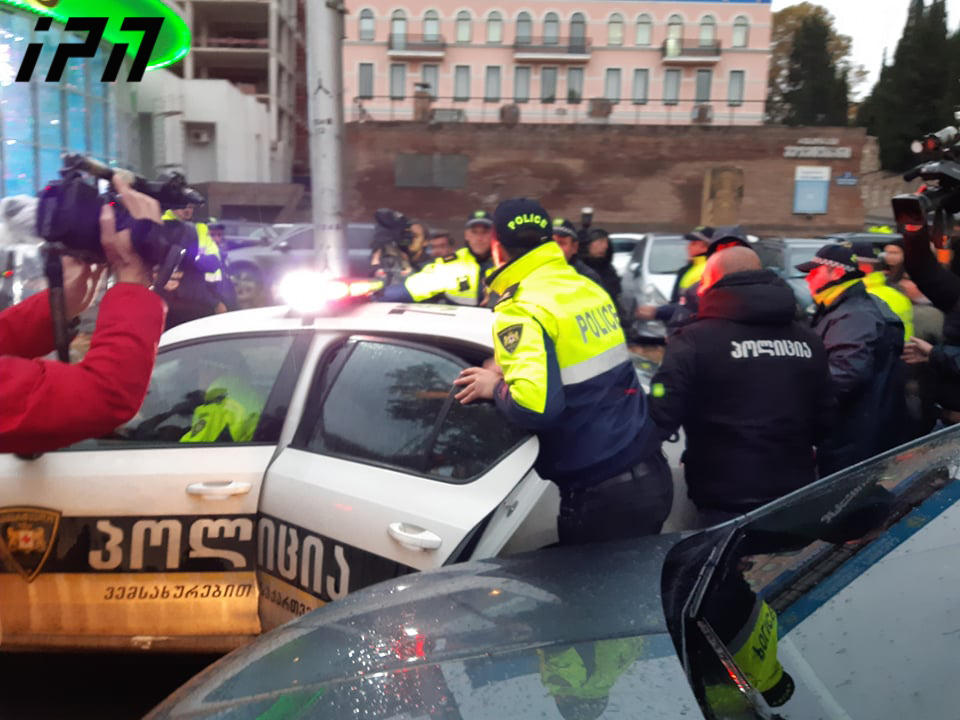 Police have arrested three members of the Change movement in front of the Georgian Dream office.

The police did not allow protesters to freely move, which caused clashes, resulting in the arrest of 3 protesters.