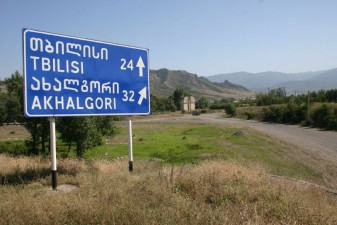 A woman in her 80s has recently left the area controlled by the de facto regime via the so-called checkpoint located in Akhalgori.

The de facto regime allowed Olia Tibilov, who has an oncological disease and who had been earlier denied access to the medical services offered by the Georgian central government, has been allowed to move to the Georgian-controlled territory today.

Tibilov walked across the crossing point, where an ambulance was waiting for her.

The above information was confirmed by the Akhalgori district governor. According to him, the so-called checkpoint located at the entrance of occupied Akhalgori has not been officially opened by de-facto regime officials, though today, Olia Tibilov and two other residents of Akhalgori were allowed to move to the territory controlled by the central government.