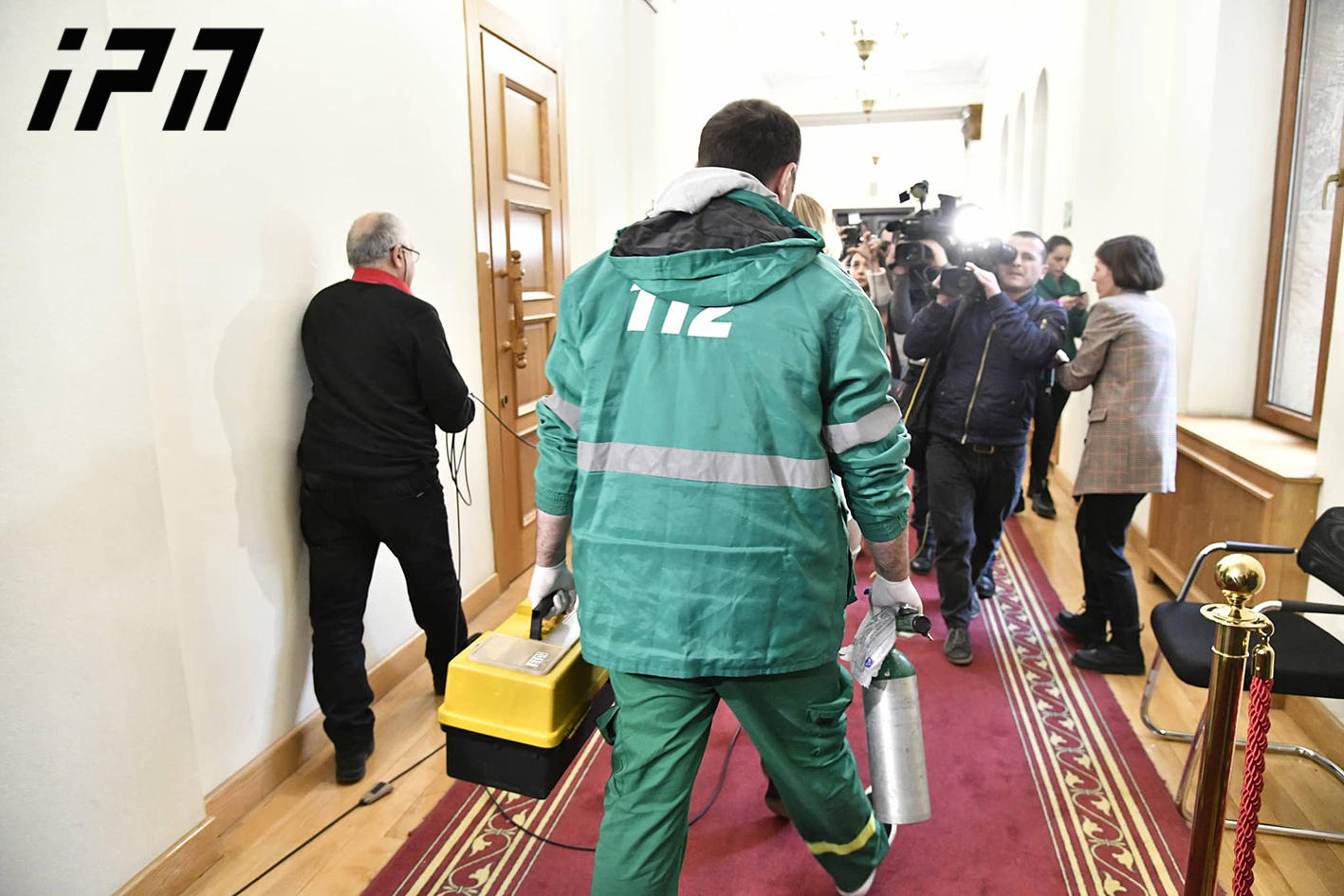 Expert criminalists have also arrived in the legislative body.

Irakli Kobakhidze, the member of the parliamentary majority, claims that a member of the opposition entered the sitting hall and poured unidentified substance there.