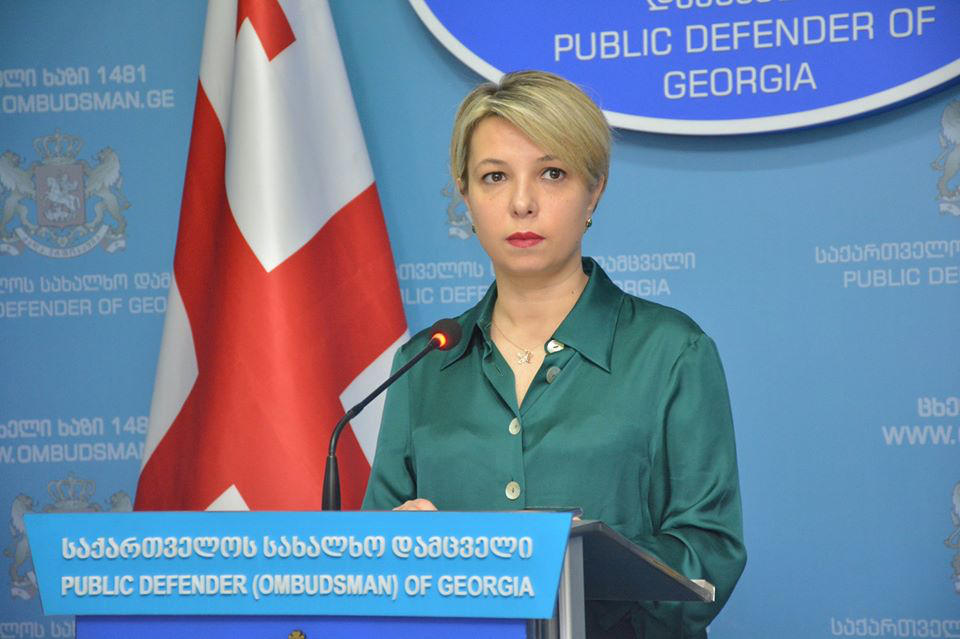 The Public Defender of Georgia is responding to the recent media reports about alleged pressure exerted on citizens in the regions of Georgia.

According to the statement of the Public Defender’s Office, the Public Defender's representatives talked to citizens in the regions of Georgia, who confirmed the above reports after receiving the confidentially guarantee. “Specifically, according to the information obtained from the regions of Kvemo Kartli, Shida Kartli, Samtskhe-Javakheti, Kakheti, Samegrelo, Guria, Imereti and the Autonomous Republic of Adjara, employees of kindergartens, public schools and music schools - non-commercial legal entities founded by local self-governments - were allegedly subjected to direct or indirect pressure and coercion in connection with participation in a rally due to be held in Tbilisi on 14 December 2019. According to the citizens, they were given hints about future problems in the workplace in case of refusing to participate in the rally.

The Public Defender of Georgia emphasizes that forcing citizens to take part in any rally or event against their will and direct or indirect hints about their dismissal in case of refusal contain signs of a crime.

In view of the above, the Public Defender of Georgia calls on the local governments and heads of departments to stop coercion. At the same time, we urge the investigating authorities to take appropriate steps and identify alleged responsible persons, the actions of which may include signs of a crime”, reads the statement.

In addition, the Public Defender of Georgia calls upon Georgian citizens to request from the law enforcement agencies to appropriately respond to the alleged cases of coercion and pressure against them.

The Public Defender of Georgia expresses her full readiness to assist the citizens of Georgia in the process of referring to the investigative authorities, if they wish.