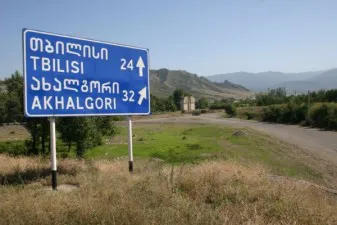 Residents of Akhalgori urge the Georgian authorities to ensure their freedom of movement.

As the resident of Akhalgori Tamar Mearakishvili told InterPressNews, about 10 people died because their families were not allowed to transport them to Tbilisi.

“The population of our district has been held hostage since September 4. About 10 people died just because their families were not allowed to transport them to Tbilisi. The Akhalgori-Tbilisi road is indefinitely closed. Bibilov said during a meeting with us in December that if the Georgian authorities did not cancel the Tsnelisi checkpoint, he would not open the road for us and even urged us to address the Georgian authorities in this regard.

I do not intend to urge this, but I do intend to urge the authorities to apply to the Strasbourg Court and demand the application of a temporary suspension measure. NGOs have also repeatedly demanded the same”, Tamar Mearakishvili said.

According to her, the only way to get to Tbilisi today is Sinaguri, which takes 9 hours and costs about 450-500 GEL, and most of the population cannot afford it.