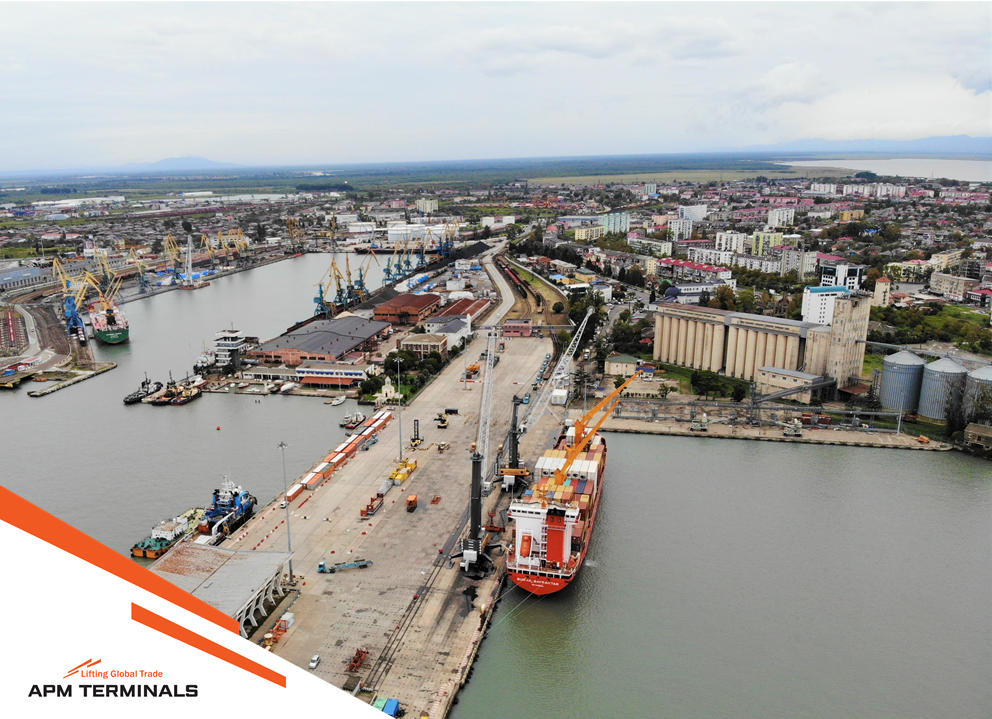 APM Terminals Poti will pursue its plans for creating a deep-water port by investing over USD 250 million of private capital for phase 1 and a substantial amount for phase 2 in an extensive development of the port infrastructure and superstructure, APM Terminals Poti said in its statement.

“This investment in the strategically important port of Poti is a proof of our commitment and belief in Georgia and the development of the transport corridor that stretches into Central Asia.

The expansion project - the cost of which is negligible to the average Georgian taxpayer - will lead to a significant economic advancement of the country and region by offering the best logistical solution to our customers and leveraging the know-how and resources of a world-class company, and will create more than a thousand jobs and business opportunities in and around the port”, Keld Christensen, Managing Director of APM Terminals Poti, said.

The expansion plan for Poti Sea Port that was presented to the Government of Georgia consists of two stages of construction and development. The first stage includes a breakwater of 1,700m and a 400m multipurpose quay with 13.5 m depth able to handle dry bulk cargo and an incremental 150,000 TEUs.

This berth will be able accommodate container vessels of up to 9,000 TEU.

The second stage will include a 300m container quay equipped with 3 state-of-the-art STS cranes. It will double the annual container capacity at Poti Sea Port to over 1 million TEU.

“We are confident in the Government’s support and will continue our effort and cooperation with the authorities to make sure Poti Sea Port Corporation remains the main gateway to the Caucasus and beyond,” adds Keld Christensen, Managing Director of APM Terminals Poti.

The timeline for construction is estimated at 24-30 months, which will require close cooperation and support by the Georgian Government in ensuring all necessary permits are granted in a timely manner.

Part of A.P. Moller – Maersk the global container logistics company, APM Terminals operates a global network of 74 operating ports and terminal facilities and over 117 Inland Services operations spread over 58 countries. Maersk has been active in Georgia since its subsidiary, SeaLand, started delivering Humanitarian aid via Poti Sea Port in 1994.