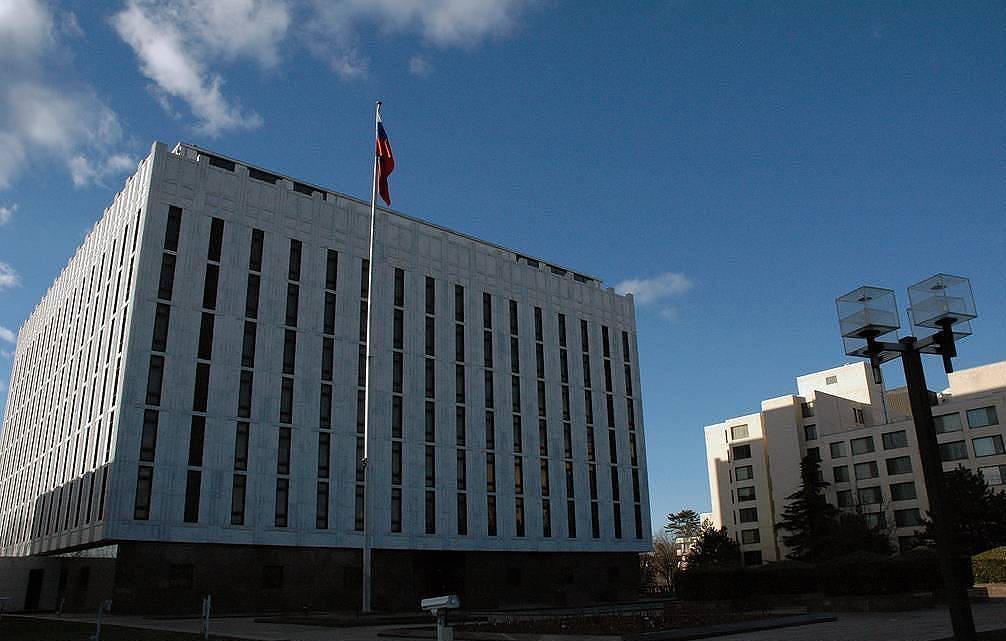 Anti-Russian statements by participants of the US election campaign have led to " unprecedented degradation" of bilateral ties, the Russian Embassy in Washington said in a statement.

"Our position is simple and straightforward. The Russian Federation does not "interfere" in other countries’ internal political processes. We appeal to politicians to stop playing blame-game," the embassy said on its Facebook page. "The anti-Russian sentiment in the US partisan struggle has already led to the unprecedented degradation of the bilateral relations."

"It is especially striking how political forces in Washington are exploiting this myth for their opportunistic gain. Making totally ungrounded and fictitious ‘Russia-linked’ allegations against each other is becoming a bad American political tradition," the embassy said.

At the same time, the embassy once again reaffirmed its readiness for a substantive discussion on information security and other issues with the United States.

"We remind that the Russian Federation and the United States are permanent members of the UN Security Council and bear special responsibility for international peace and security," the embassy statement says. "Constructive and pragmatic dialogue between our countries is crucial for the whole international community."

"We reaffirm our commitment to the substantive discussions with the U.S. on information security as well as other issues," it says.

The New York Times reported several days ago that intelligence officials warned House lawmakers last week that Russia was interfering in the 2020 campaign to try to get President Trump re-elected.