Roman Gotsiridze : If no steps are taken to release political prisoners, we will not participate in the general public discussion of the constitutional amendments 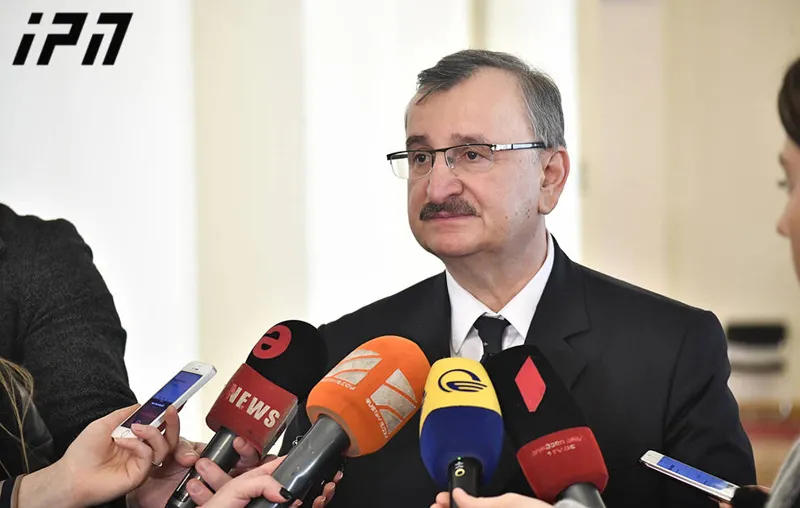 If no steps are taken to release political prisoners, then we will not participate in the general public discussion of the constitutional amendments, Roman Gotsiridze, Chairman of the United National Movement faction, told InterPressNews. According to him, one part of the agreement between the government and the opposition was fulfilled when the bill on constitutional amendments relating to the electoral system was registered and now the second issue - release of political prisoners - remains on the agenda.

“The last objections in the draft law on the distribution of constituencies and election blocs have been taken into account. Therefore, one part of the agreement is fully implemented. Now, there is the second issue – suspension of the political prosecution of political prisoners and their release. We will resume the parliamentary work after this part of the agreement is met. If no steps are taken to release political prisoners, then we will not participate in the general public discussion of the constitutional amendments, " said MP Gotsiridze.

According to Gotsiridze, the government may use the mechanism of the presidential pardon to release Gigi Ugulava.

"When the president was mentioned in the statement of the ambassadors, it was the indication on the pardon mechanism. When the ambassadors mentioned the politicization of the judiciary, this was also a hint that there are political prisoners in the country. When the Chairman of the US Senate Foreign Relations Committee says that that there are the political prisoners in the country, it is impossible that he makes such a statement without the consent with the Georgian embassy, ​​" said MP Gotsiridze.