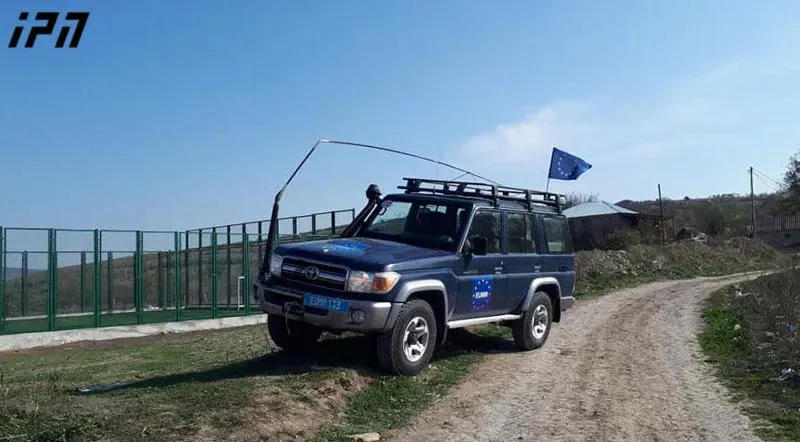 The EU Monitoring Mission (EUMM) in Georgia has responded to the disinformation spread by so-called security committee of occupied Tskhinvali region.

According to the EUMM, reports that appeared in South Ossetian media focusing on the Richard Lugar Center for Public Health Research in Georgia on 20 May 2020, made inaccurate and completely false references to the activities of the EU Monitoring Mission ( EUMM) in Georgia along the Administrative Boundary Line (ABL) with South Ossetia on 26 April.

“Categorically denying the false claims which are yet another example of malicious and irresponsible disinformation targeted at the Mission, we state the following:

On 26 and 27 April the Mission responded to Hotline activations regarding enquiries about ‘private vehicles’ that accompanied its patrol. In response, the Mission explained, as it does here, that the named vehicles were ambulances.

Ambulance cars have been present with EUMM patrols since its inception. They are a standard precautionary measure. It is part of our duty of care towards our staff that they accompany EUMM personnel so that they can swiftly provide the necessary help in case of need, such as a car accident. This is particularly important in remote areas where speedy medical support is difficult to obtain.

The ambulance was clearly visible. There was no secretive movement. The patrol was conducted as planned. There was no contact with any persons. There was no collection of any samples and there is no intent to do so. EUMM is a monitoring Mission, it monitors every day, including during the COVID pandemic.

All sides, including participants from South Ossetia, are aware of these facts as they have been explained via the Hotline on 26 and 27 April and for many years previously, for instance at meetings of the Incident Prevention and Response Mechanism (IPRM) as early as 2014.

The EUMM closely observes the situation on the ground along the South Ossetian ABL on a daily basis. Our Mission patrols have maintained a constant presence during the current pandemic. Our approach is utterly impartial,” the EUMM said.