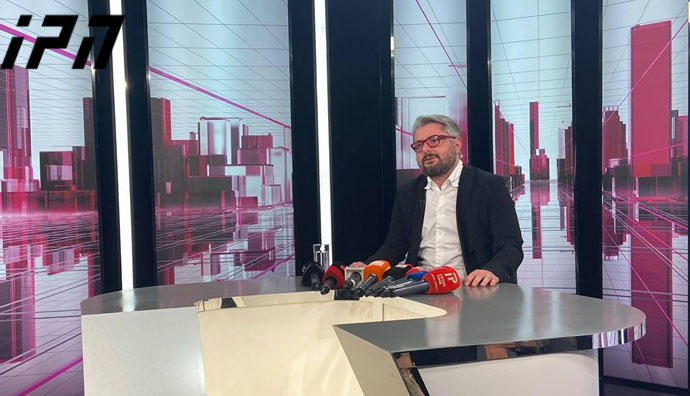 According to Nika Gvaramia, Director General of Mtavari TV, a Russian citizen detained on Kavtaradze Street a few days ago was planning to liquidate journalist Giorgi Gabunia.

As Gvaramia said at the briefing, the liquidation of Giorgi Gabunia was ordered by Chechen leader Ramzan Kadyrov, the reason of which was Gabunia's insulting statement on Putin.

"The Counter-Terrorism Service arrested a Russian citizen born in Ingushetia, Vasambeg Badri Bokov, in Georgia. The official reason for his arrest is what I am going to talk about now. As far as I am aware, he was arrested on a different charge, but the main thing reported by the Ukrainian law enforcement agencies to the Georgian authorities is that this person was planning to liquidate Giorgi Gabunia on the order of Chechen leader Ramzan Kadyrov," Gvaramia said.

According to Nika Gvaramia, after Giorgi Gabunia's statement on Putin, the Georgian government should have taken care of Gabunia's safety.

The State Security Service conducted a special operation on Kavtaradze Street a few days ago and arrested one person.